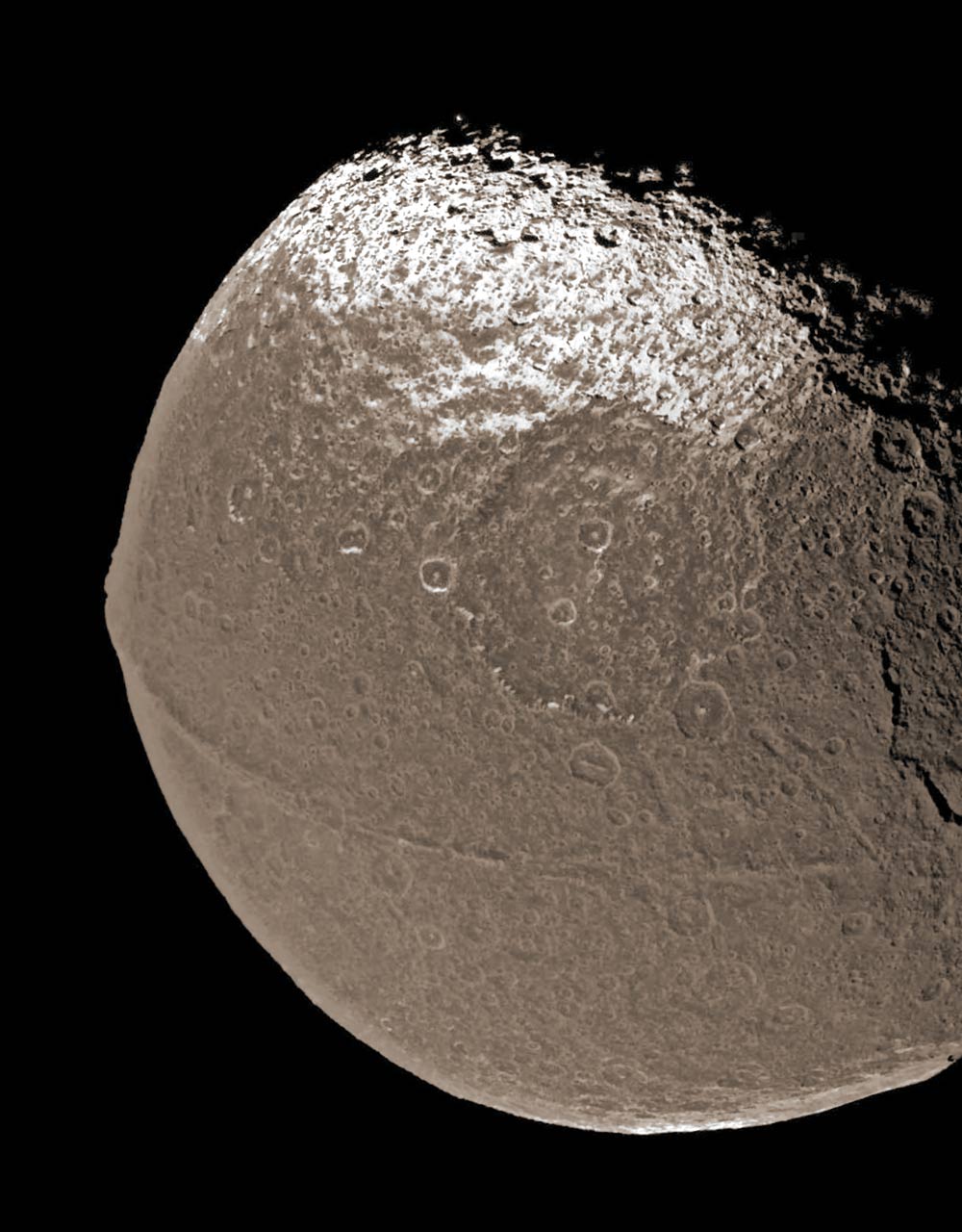 New Year’s Flyby Nearly a quarter century after the tantalizing views of Saturn provided by the twin Voyager spacecraft, an almost constant stream of high-resolution images of the Saturnian system began flowing from Cassini, the first spacecraft ever to orbit the magnificently ringed world. Arriving in orbit in July 2004, Cassini made its first close-up inspection of the enigmatic moon Iapetus on New Year’s Eve ten years ago this week. Iapetus has been known for centuries to possess one hemisphere that is significantly brighter than the other. This image from the New Year’s flyby shows the dark, heavily-cratered area called Cassini Regio, which covers nearly the entire leading hemisphere of Iapetus. At higher latitudes, and on the trailing hemisphere, the dark material thins to reveal a brighter, icy surface.