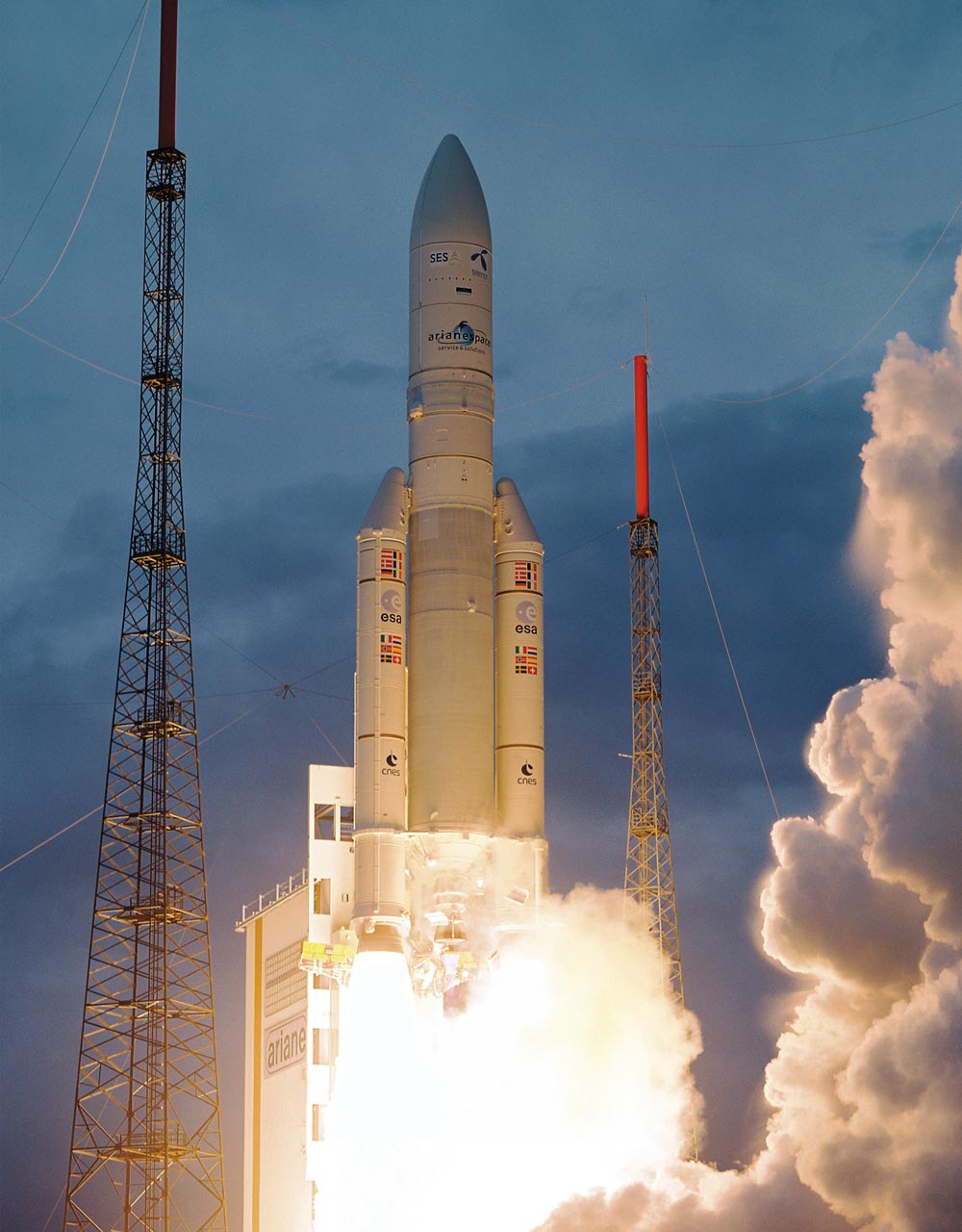 Europe’s Workhorse Europe’s Ariane family of expendable launch vehicles had its first flight thirty-five years ago this week from the Guyana Space Center in French Guiana, on the northeast coast of South America. The Ariane 1, built by EADS Astrium and Arianespace under contract to the European Space Agency, was a three-stage rocket derived from missile technology. During its operational period from 1979 to 1986 the Ariane 1 was flown successfully nine times. Subsequent versions increased the capability of the Ariane 1 by using improved engines and adding strap-on solid rocket boosters. Shown here is the Ariane 5 ECA, the fifth generation in the Ariane family. Still taking to the skies from the Guyana Space Center, the Ariane 5 can lift payloads ten times as massive as the first Ariane did.