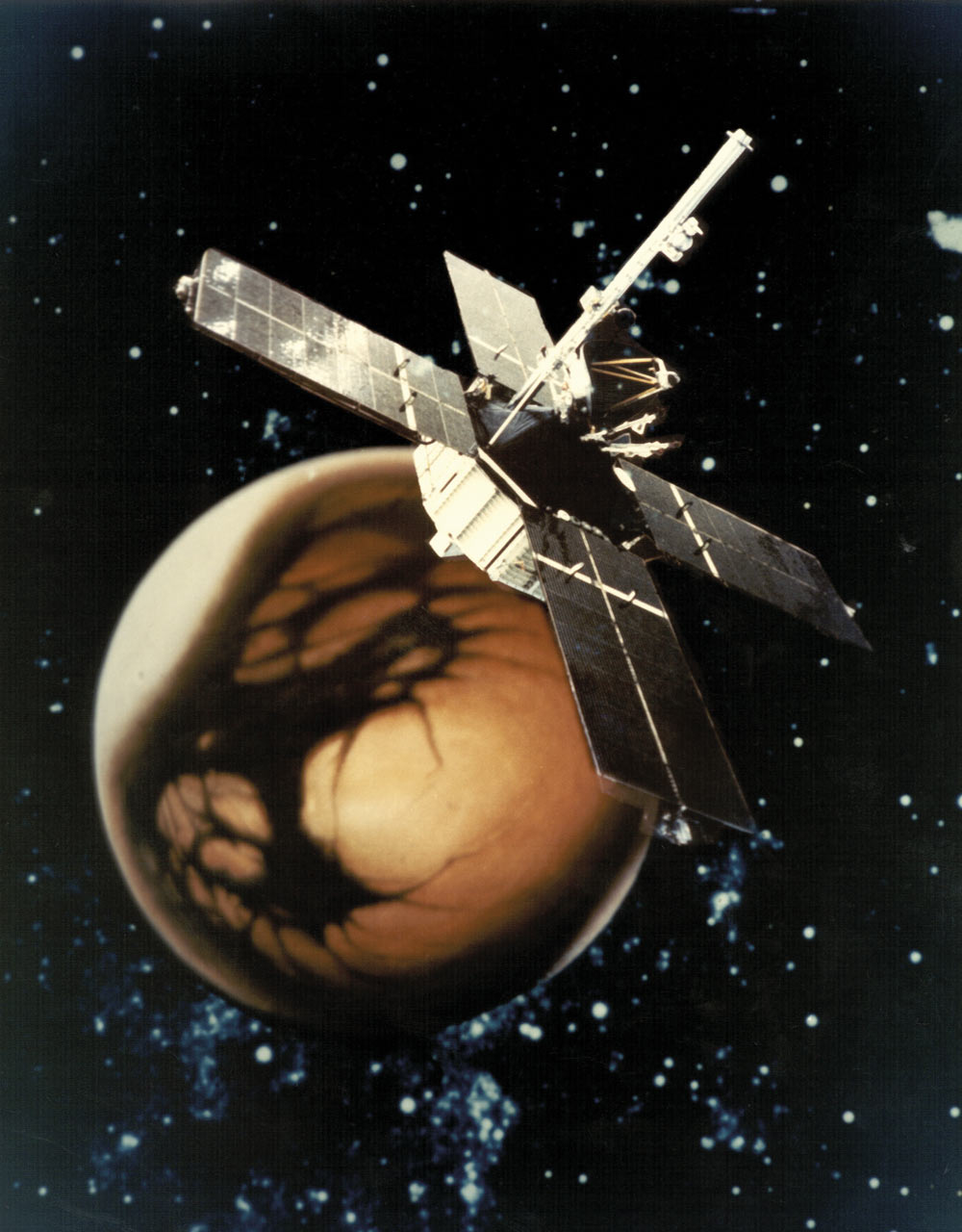 Game Changer Mariner 4, launched fifty years ago this week, became the first spacecraft to fly past Mars. When it arrived at the Red Planet in July 1965, the pictures it returned—the first up-close images of another planet—forever changed the way humans regarded Mars. Nearly a hundred years earlier, the belief that channel-like features visible from Earth were actually artificial canals fueled speculation that Mars was inhabited by a race of advanced beings. Later observations and spectroscopic studies ruled out the possibility of such water works, but the true nature of the planet—a sterile, cratered world with no sign of intelligent life—was not revealed until Mariner 4 returned a set of twenty-one stark images. This vintage depiction of Mariner 4 over Mars was based on the best pre-Mariner observations of the planet.