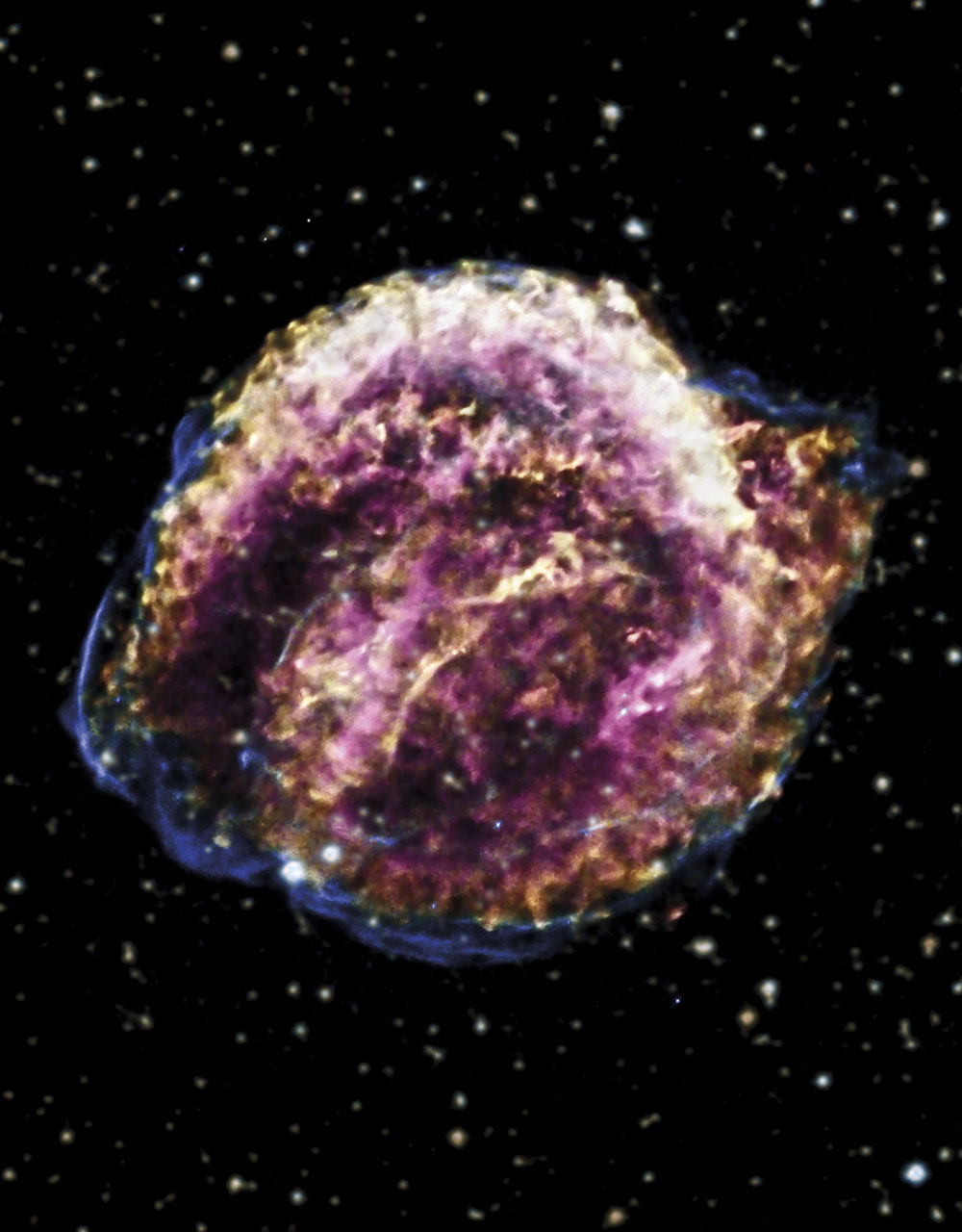 Kepler’s Supernova A new star appeared in the night sky 410 years ago this week, a star that was visible during the day and dimmed over several weeks. Witnesses to this supernova explosion included the famous astronomer Johannes Kepler, who observed and documented the object for a year and wrote a book about the new star. Today, the debris from this exploded star in the constellation Ophiuchus is known as the Kepler supernova remnant. In this image, the result of eight days of observations with the orbiting Chandra X-ray telescope, colors represent a range of increasing energies: red (low), yellow, green, blue, and purple (high). The newly-revealed asymmetrical shape of the expanding debris leads scientists to believe it is farther away than previously thought, perhaps 13,000 to 23,000 light-years.