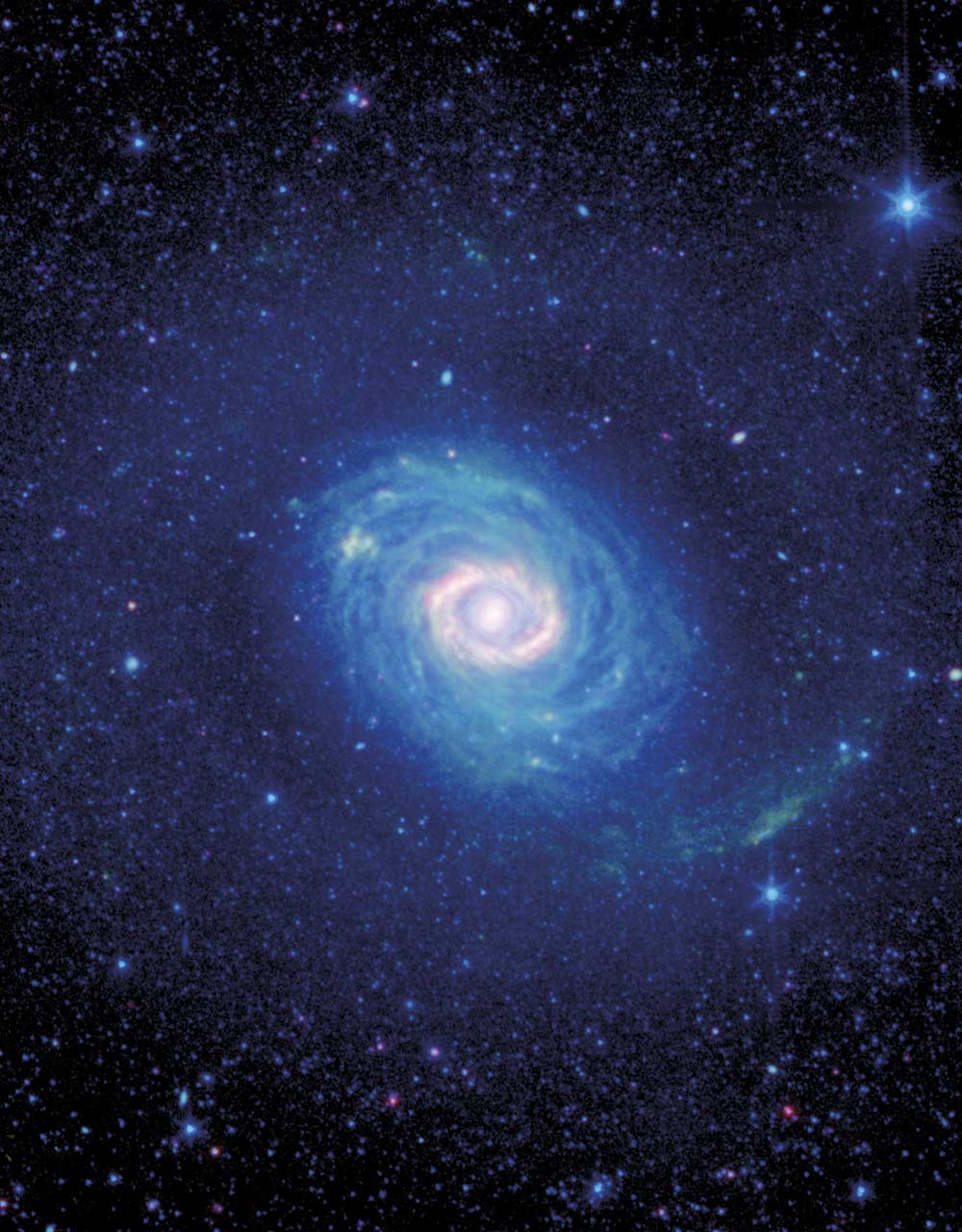 Galaxy Loses a Ring, Gains Two Arms Spiral galaxy M94 (also known as NGC 4736) is a familiar sight to both amateur and professional astronomers. Although it was long thought to feature two concentric rings, infrared observations by the Spitzer Space Telescope, supplemented with ultraviolet and optical data from other telescopes, has revealed that the faint outer “ring” is actually two immense spiral arms at the galaxy’s edge that appear as a single continuous ring. The bright ring around M94’s core is a true “starburst ring” where intense star formation is taking place. Between the inner ring and the outer arms lies the galaxy’s disk, a collection of tightly-wound spiral arcs of stars, dust, and gas. First observed in 1781, M94 lies 17 million light-years away in the constellation Canes Venatici.