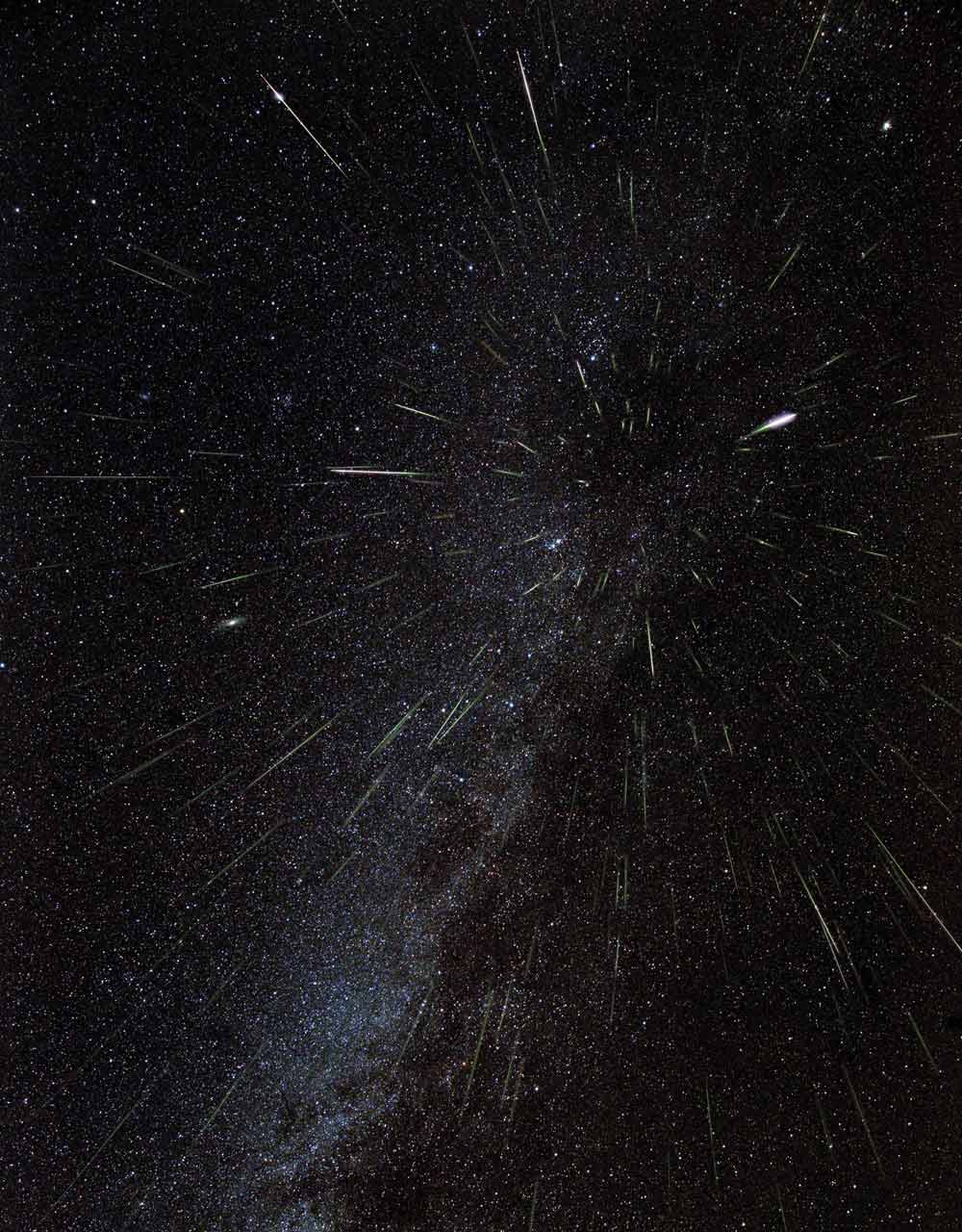 Perseid Preview Each August, Earth passes through a debris trail left by Comet Swift-Tuttle. At a rate of about one per minute, bits of dust, some as fine as cigar ash, release tremendous energy as they slam into the atmosphere at speeds of 58 km/sec (129,000 mph). These meteors leave trails that radiate from the constellation Perseus, lending this meteor shower its name, the Perseids. The shower peaks overnight on the 12th/13th, but the Moon will outshine all but the brightest meteors. In 2007, a moonless sky allowed Fred Bruenjes to create this composite image from nearly 3,000 images he took over the course of two nights. The image, covering a broad area of the sky, clearly shows that radial pattern of meteors. Also visible is the Andromeda Galaxy (center left of image) and the Milky Way.