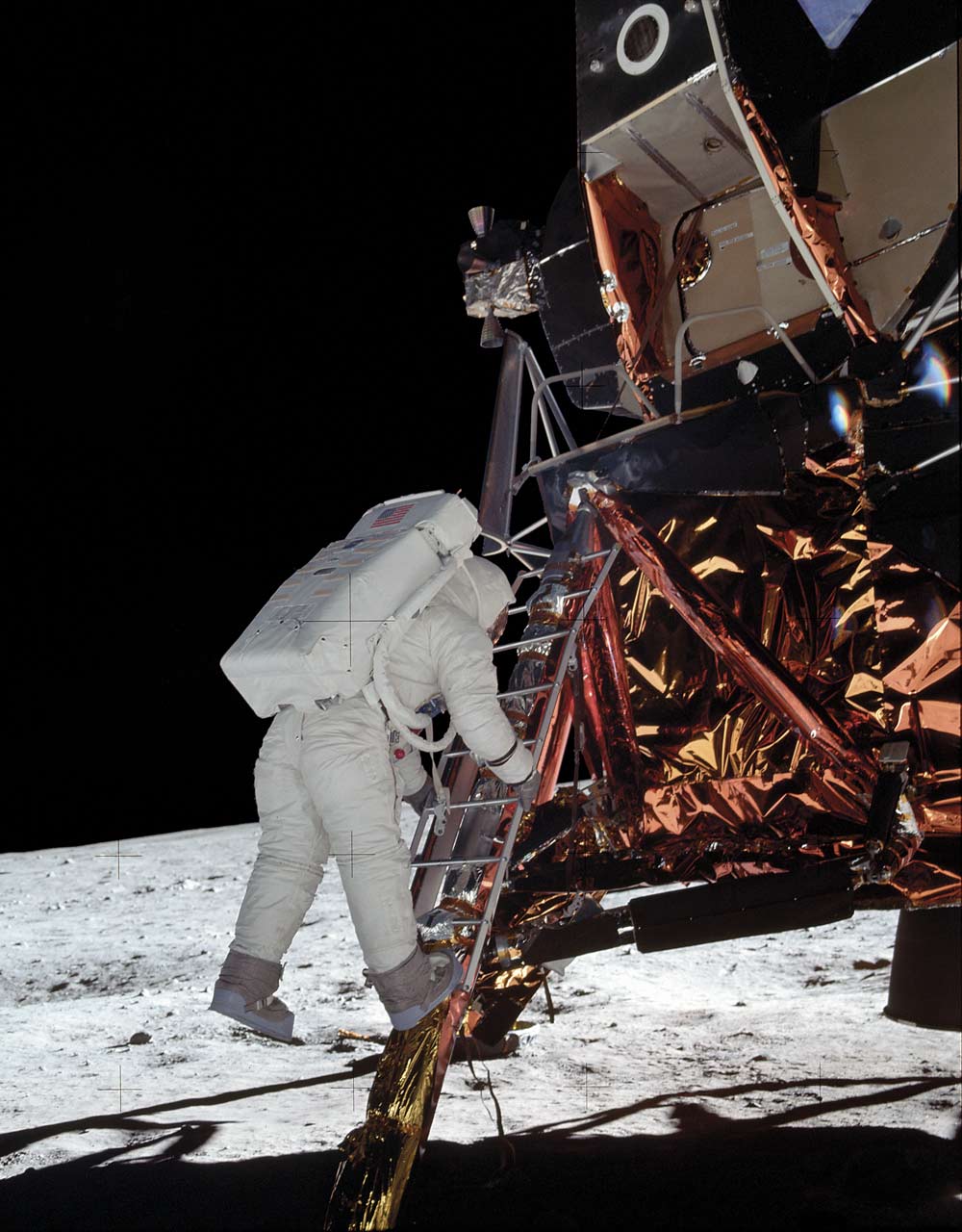 Perilous Descent The first lunar landing, which occurred forty-five years ago this week, almost didn’t happen at all. As Neil Armstrong and Buzz Aldrin piloted the lunar module Eagle to a landing at the Sea of Tranquility, alarms rang out in the cabin as the spacecraft’s computer was overloaded with requests, an “overflow” condition that could have required the crew to abort the landing. Flight controllers on the ground quickly assessed that the crew could continue their descent despite the alarms, which continued to ring. Closer to the ground and running dangerously low on fuel, Armstrong avoided landing in a huge boulder-strewn crater and flew Eagle farther downrange until he found a suitable spot to land. Photographed by Armstrong, Aldrin is seen here as he prepares to step onto the Moon.