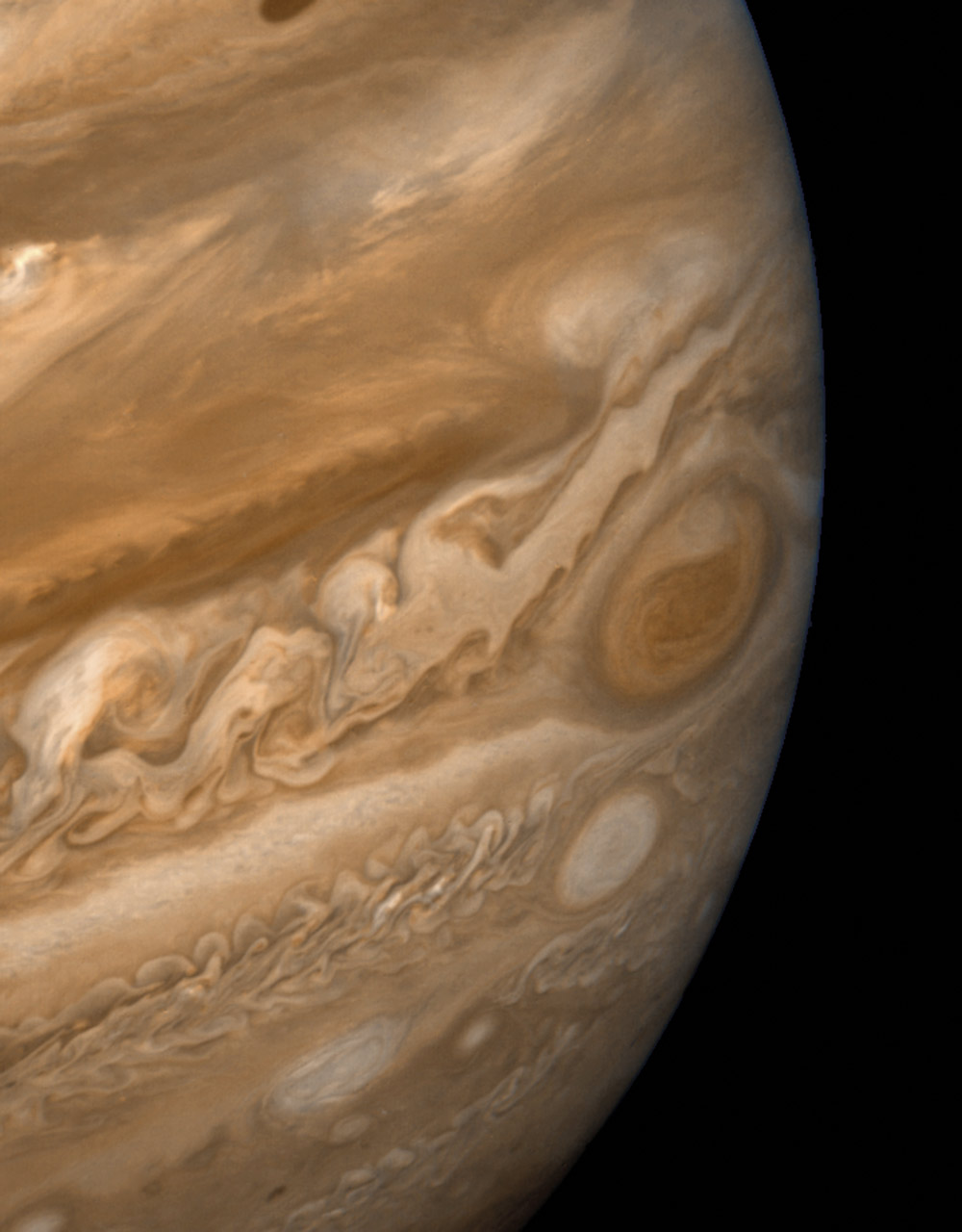 Postcards from Earth Thirty-five years ago this week, the Voyager 2 spacecraft made its closest approach to Jupiter. After a two-year journey from Earth, Voyager 2 completed a successful encounter with the solar system’s largest planet, including detailed observations of the Great Red Spot (above), a high-pressure storm similar to a hurricane but large enough to swallow three Earths. Voyager 2’s trajectory made use of Jupiter’s gravity to speed the spacecraft on toward Saturn (1981), Uranus (1986) and Neptune (1989). Now headed for interstellar space, Voyager 2 and its sister ship, Voyager 1, offer greetings from Earth should they ever be discovered in space by intelligent life: both carry a gold-plated record containing sounds and images selected to portray the diversity of life and culture on Earth.