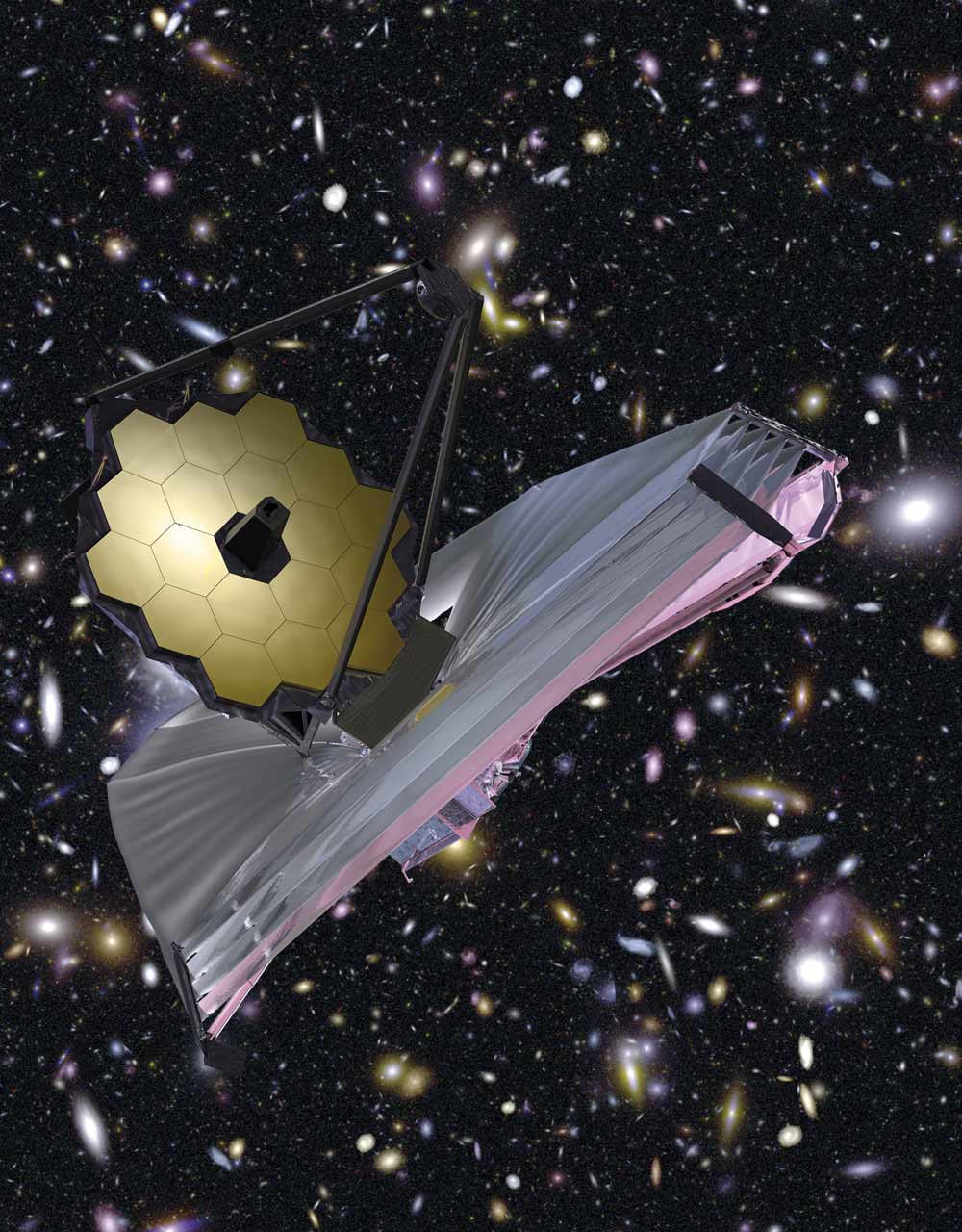 Rocket Man and More Hermann Oberth, born 120 years ago this week, was a pioneer of modern rocketry. With his protégé, Wernher von Braun, Oberth played a leading role in the development of liquid-fuel rockets in Germany during the 1920s and 1930s. His contributions were recognized by NASA, which invited him to attend the 1969 launch of Apollo 11. In 1923, Oberth published a book entitled “The Rocket Into Interplanetary Space” in which he described, in part, how rockets could be used to launch telescopes into space, beyond the compromising effects of Earth’s atmosphere. Oberth’s seminal idea inspired generations of scientists, and it has been realized in every orbiting telescope, including the James Webb Space Telescope seen here, slated for launch near the end of this decade.