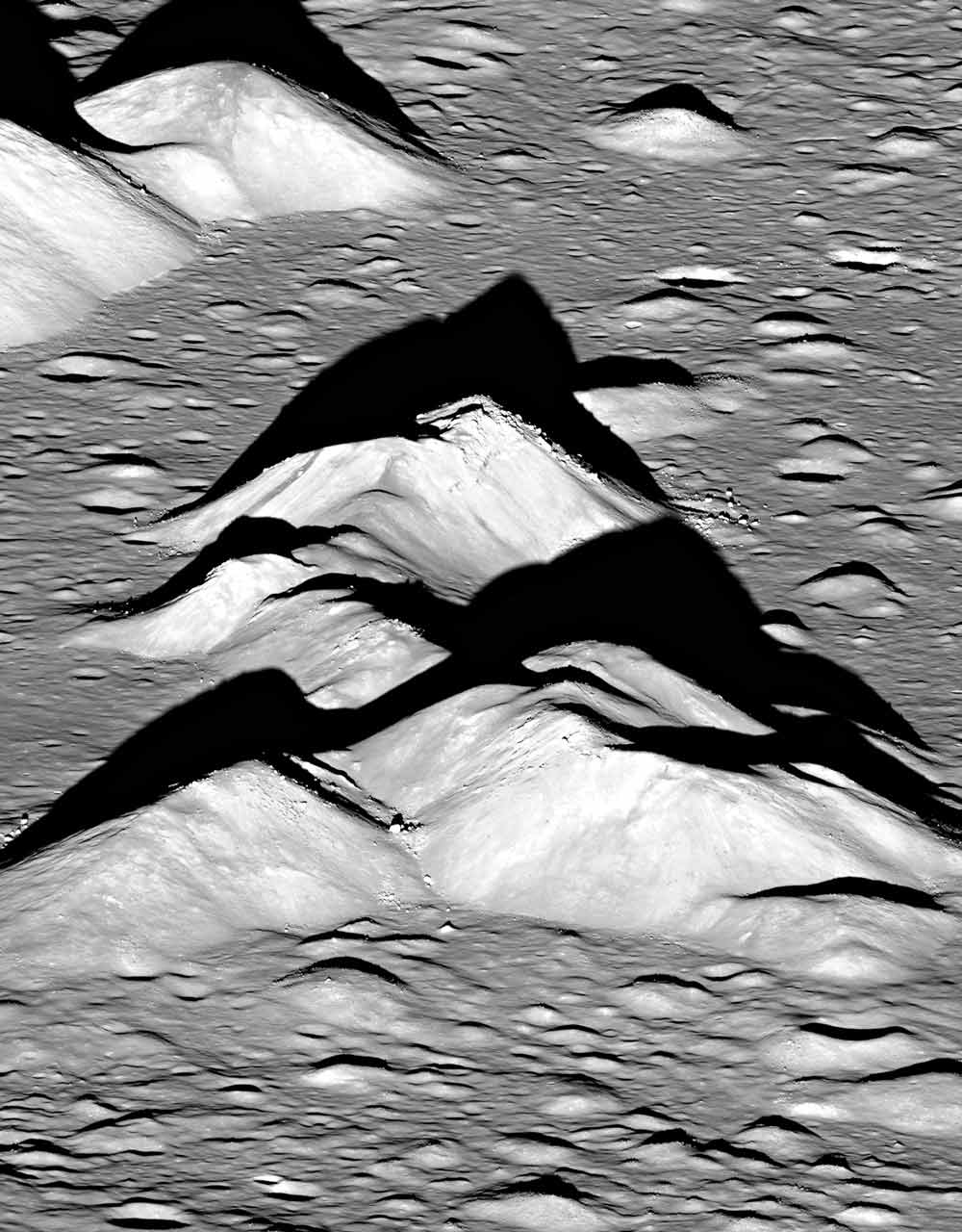 Return to the Moon Five years ago this week a pair of spacecraft marked NASA’s first missions to the Moon in a decade. The Lunar Crater Observation and Sensing Satellite (LCROSS) searched for water ice that might exist in permanently shadowed lunar craters. LCROSS did detect water in the crater Cabeus. Launched at the same time was the Lunar Reconnaissance Orbiter (LRO), which has spent the last five years mapping the Moon in unprecedented detail. In addition to photographs of equipment left behind at the Apollo landing sites, LRO returned stunning images such as this one of the central peak of the Copernicus crater. About 1 km (3,000 ft) high, the peak casts a long shadow to the west over the crater floor. Boulders that have rolled down can be seen piled up at the base of some of the slopes.