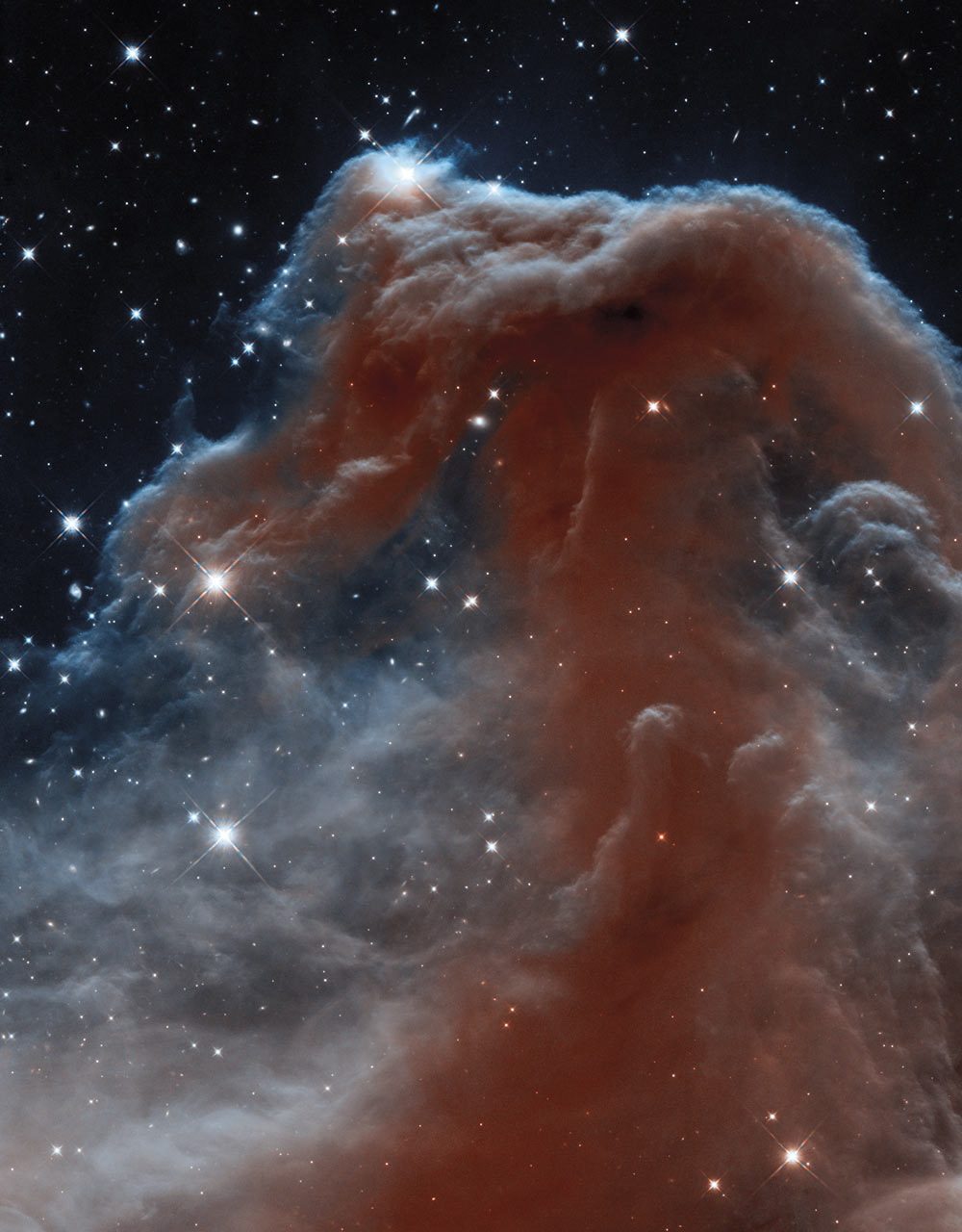 A Horsehead of a Different Color Rising from a sea of dust and gas like a giant seahorse, the Horsehead nebula is one of the most photographed objects in the sky. NASA’s Hubble Space Telescope took a close-up look at this heavenly icon, revealing the cloud’s intricate structure. Its unusual shape was first discovered on a photographic plate in the late 1800s. Unlike optical light images of the Horsehead Nebula, which appear dark and shadowy, Hubble’s infrared view is rich with detail and appears almost transparent against the backdrop of the Milky Way. The image was taken using the Wide Field Camera 3, which was installed on the observatory in 2009. Located about 1,500 light-years away in the constellation Orion, the towering Horsehead nebula is a cocoon in which new stars are being born.