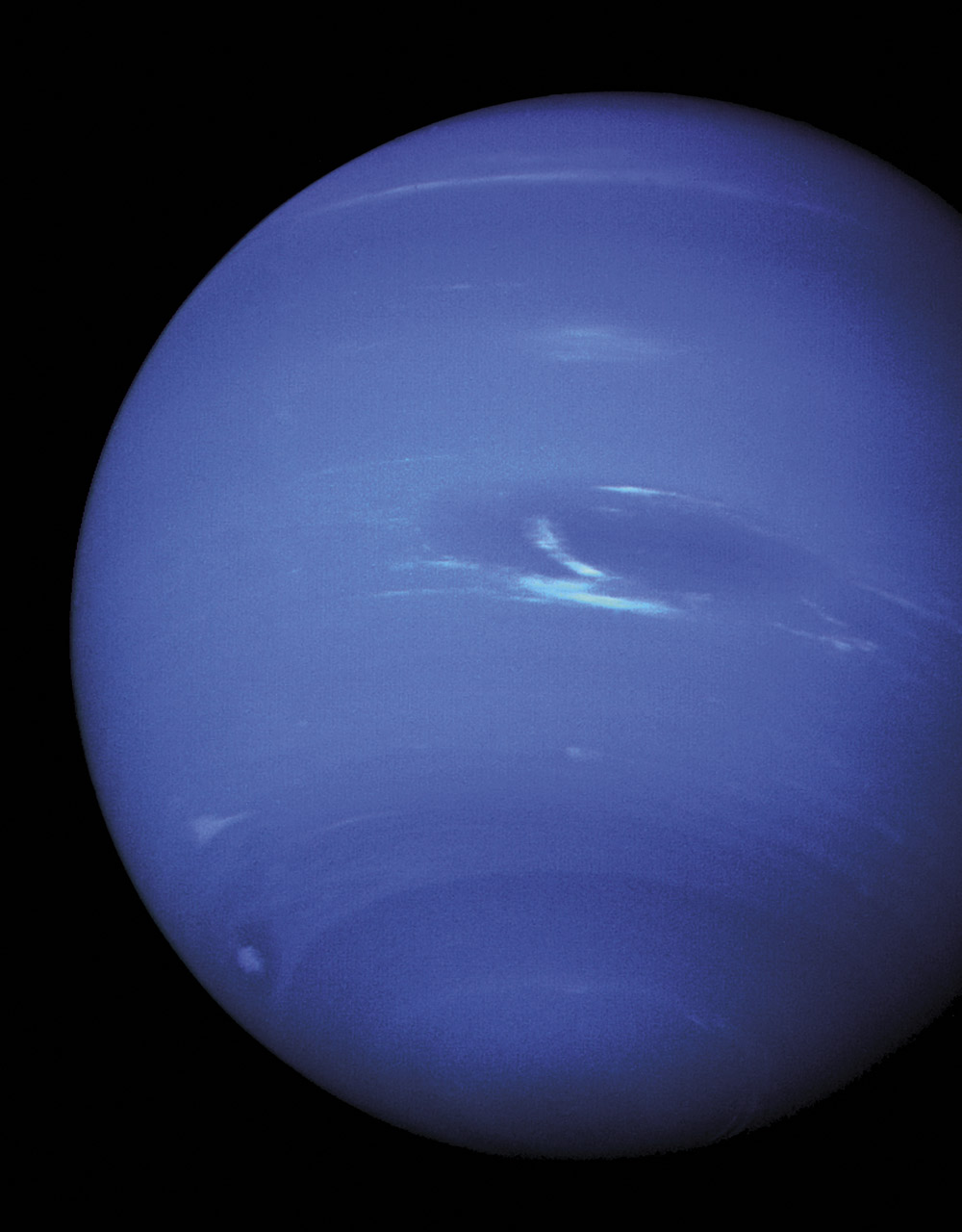 Big Blue Giant  Twenty-five years ago this week, the Voyager 2 spacecraft was close enough (117 million km, or 73 million mi) to Neptune to begin regularly monitoring activity in Neptune’s atmosphere. This observatory phase was significant because it marked the beginning of Voyager 2’s final planetary port of call after a twelve-year voyage through the outer solar system. As it approached Neptune, Voyager 2 returned increasingly higher resolution images of Neptune’s Great Dark Spot and a smaller white feature known as Scooter, shown here from only 7 million km (4.4 million mi) away. Launched in 1977, Voyager 2 visited Jupiter in 1979, Saturn in 1981, and Uranus in 1986. Voyager 2 and its sibling, Voyager 1, are now near the edge of interstellar space and are still in contact with Earth.