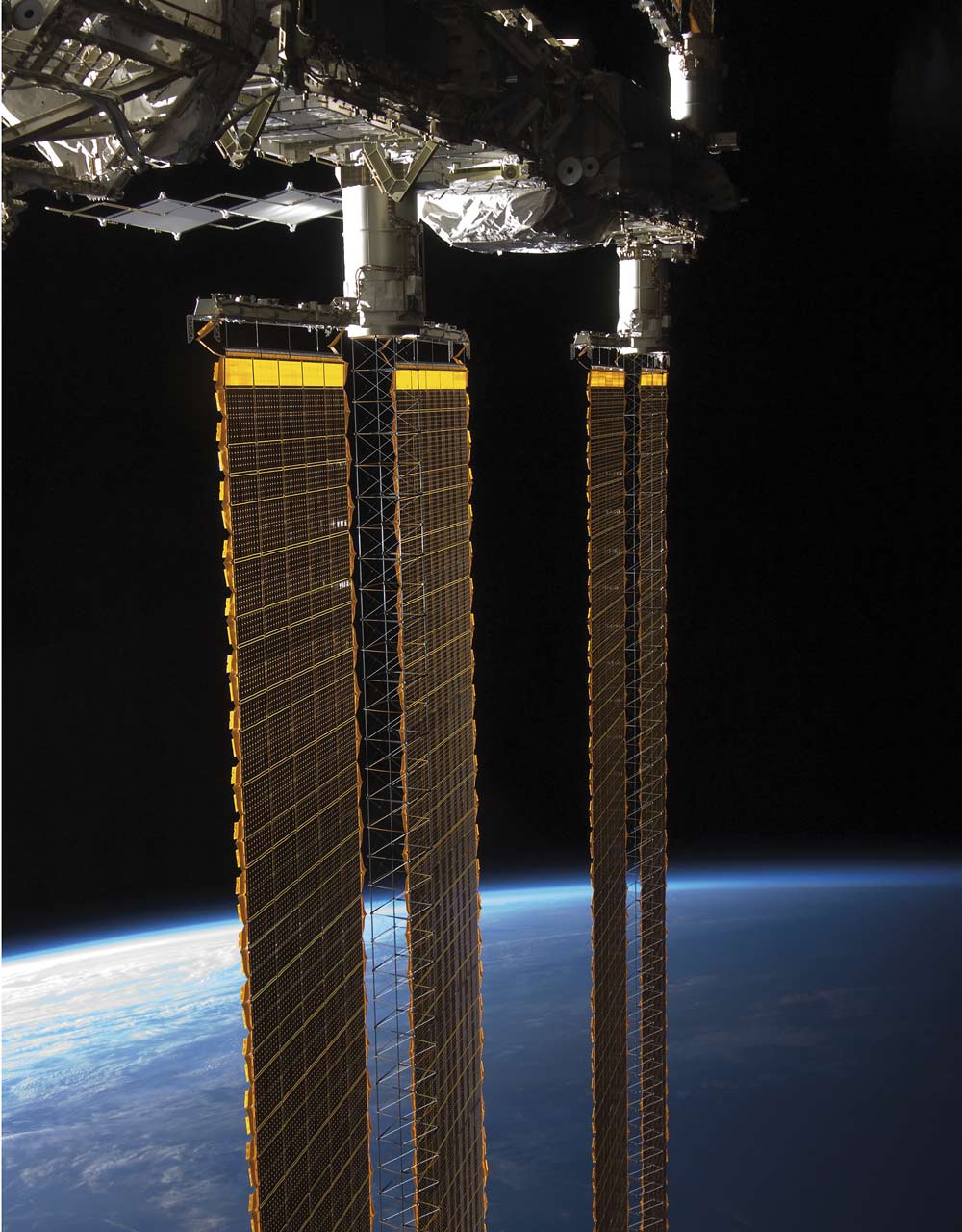 Population Growth The launch of the Soyuz TMA-15 mission five years ago this week marked the start of regular six-person crews on the ISS. When astronauts Robert Thirsk, Roman Romanenko, and Frank De Winne arrived at the ISS as members of the Expedition 20 crew, they joined Gennady Padalka, Michael Barratt, and Koichi Wakata, who had already been serving as members of the Expedition 19 crew for two months. After this mission, ISS crews settled into a fairly predictable staggered crew rotation schedule: on average, every three months a new crew of three arrives in a Soyuz TMA spacecraft for a six month stay, while the longest-serving trio of crew members returns to Earth. This view of the ISS solar panels shows the rotation mechanism that allows the panels to track the Sun.