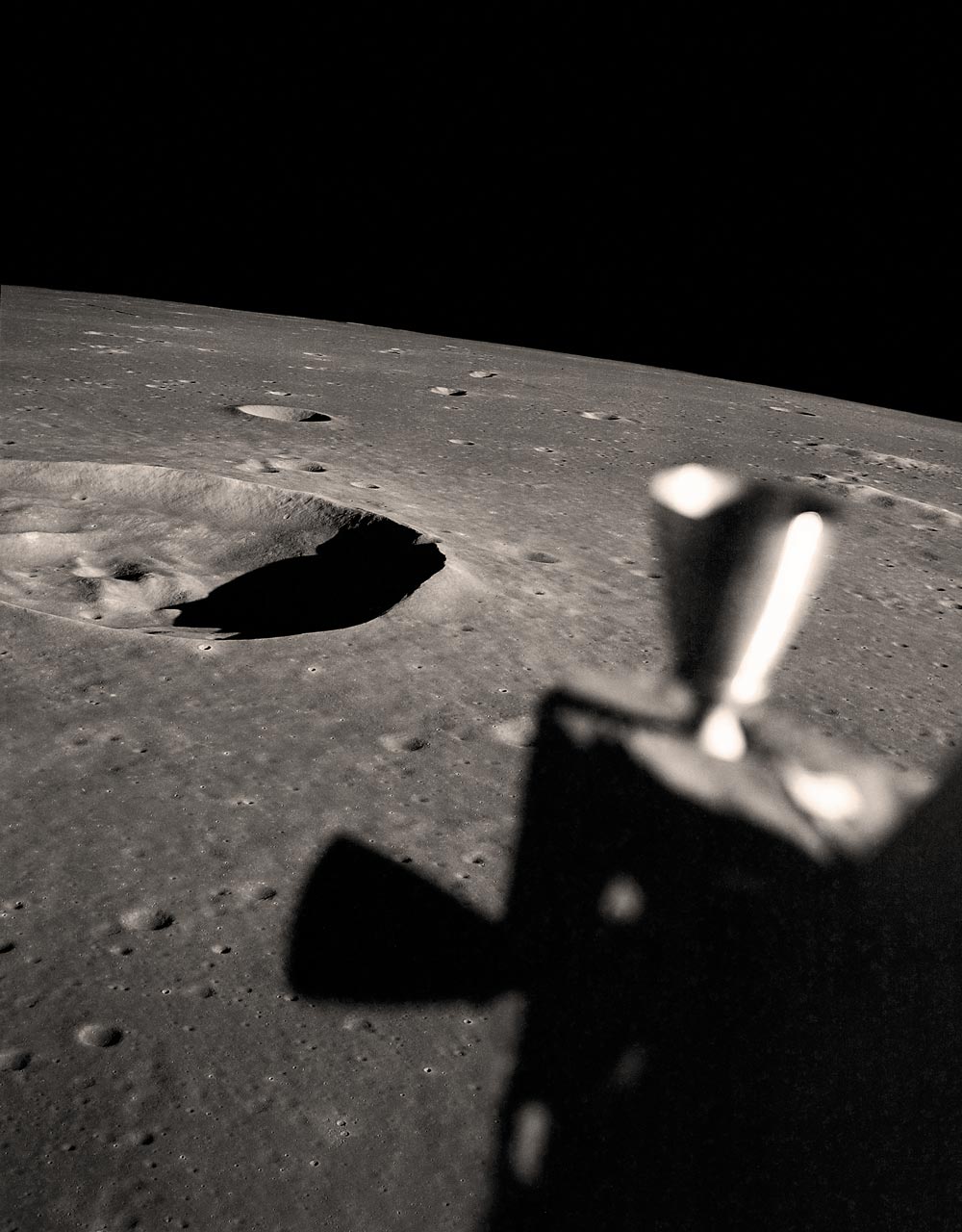 “We Is Down Among ‘Em!” The Apollo 10 mission brought two astronauts to within a hairsbreadth of the Moon’s surface in a rehearsal for the first lunar landing. Launched forty-five years ago this week, Apollo 10 reached the Moon after a three-day journey. Once in lunar orbit, astronauts Gene Cernan and Tom Stafford separated the lunar module Snoopy from the Command / Service Module Charlie Brown, which was piloted by John Young. Snoopy swooped to within 15 km (50,000 ft) of the lunar surface, so close to the ground that Cernan reported, “I’m telling you, we are low. We’re close baby! ... We is down among ‘em!” The successful and dramatic Apollo 10 mission paved the way for Apollo 11’s first lunar landing two months later. One of Snoopy’s thrusters appears in this image of the crater Maskelyne.