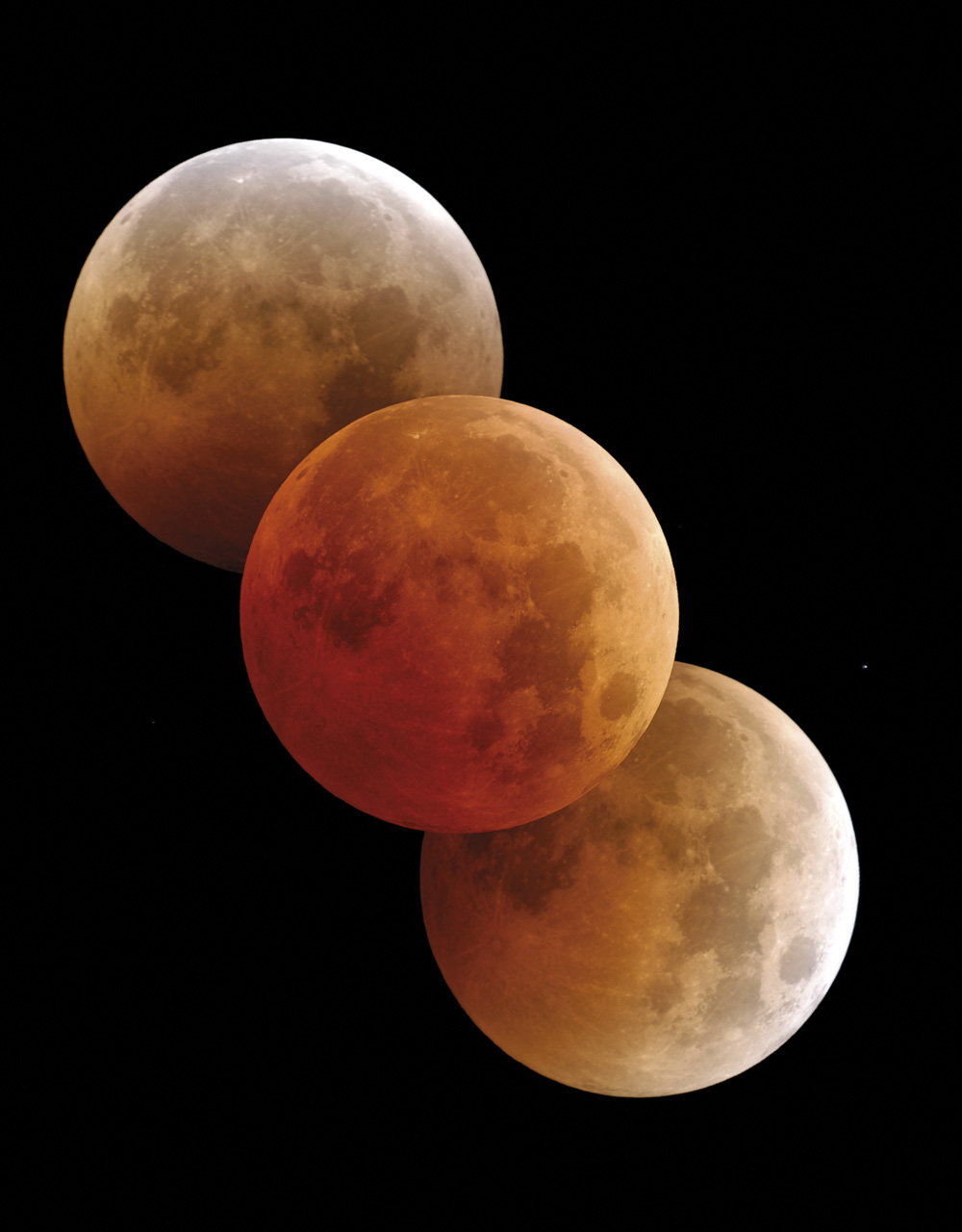 Red Moon Rising Skywatchers in most of North and South America as well as Australia will be treated to a total lunar eclipse this week, and depending on their location they will either see the red eclipsed Moon rising, setting, or somewhere in between. At 1:58 AM ET on April 15th, the Moon will begin moving into the darkest part of Earth’s shadow, the umbra. At 3:06 AM ET, the Moon will be totally within the shadow, where it will remain for nearly ninety minutes. During that time, the Moon will take on a decidedly reddish hue as it is illuminated only by sunlight that is being refracted through Earth’s atmosphere (the same phenomenon that causes the setting Sun to appear red). The period of totality was captured by Fred Espenak in this multiple exposure of the total lunar eclipse of 2004.