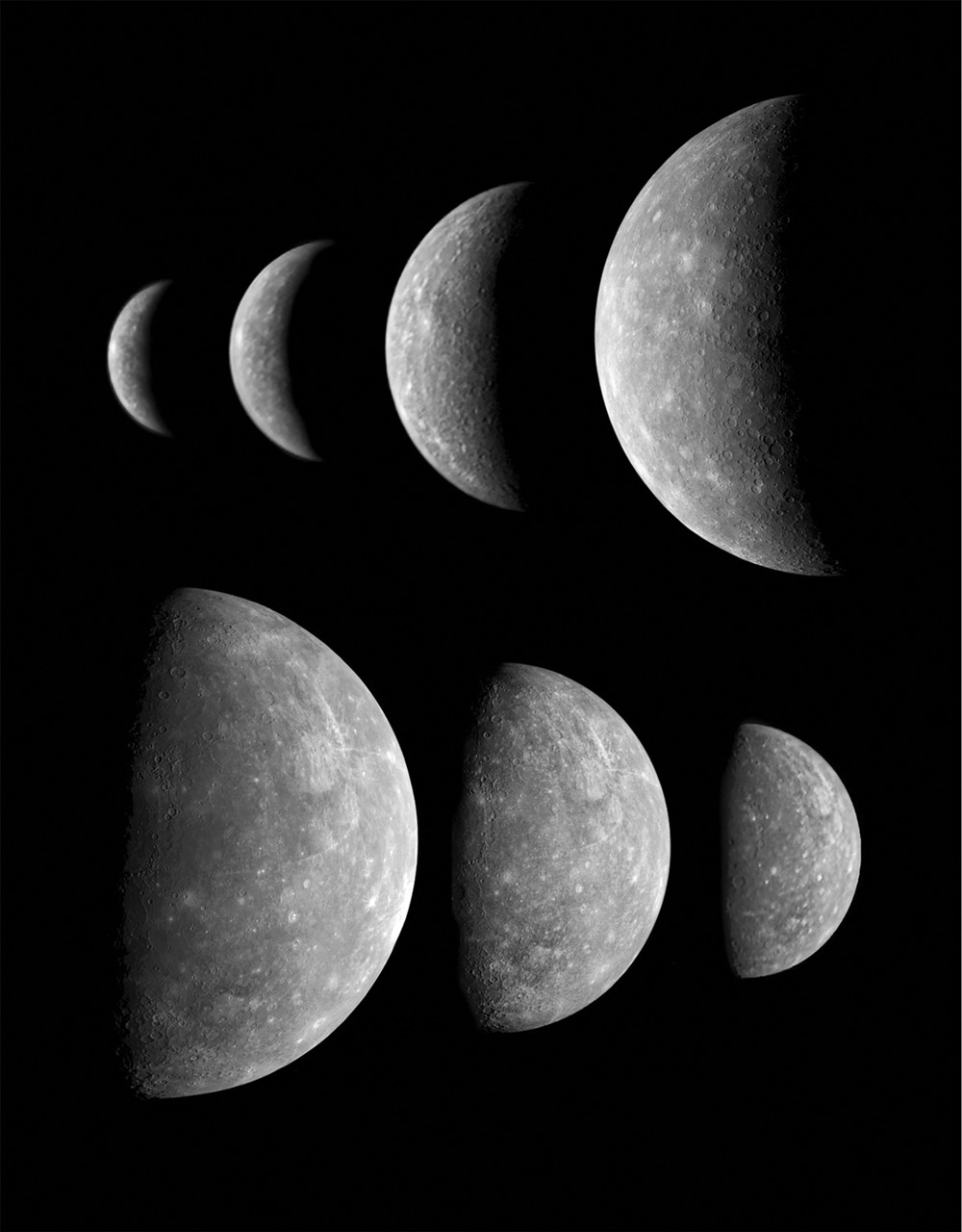 A New Old World We live in a unique period in the history of planetary exploration: worlds we never knew existed are being discovered, and other worlds, known since antiquity, are being explored for the first time up close. Mercury has always been an elusive target; its small size and its proximity to the Sun make ground-based observations difficult. Even so, astronomers in the 1800s identified some surface features, and radar measurements in the 1960s confirmed its rotational period. We didn’t get our first close look at Mercury until Mariner 10 made its first of three flybys forty years ago this week. These images, processed by Ted Stryk using original data, show Mercury looming larger and more detailed as Mariner 10 approached (top), and the opposite hemisphere receding after closest approach (bottom).