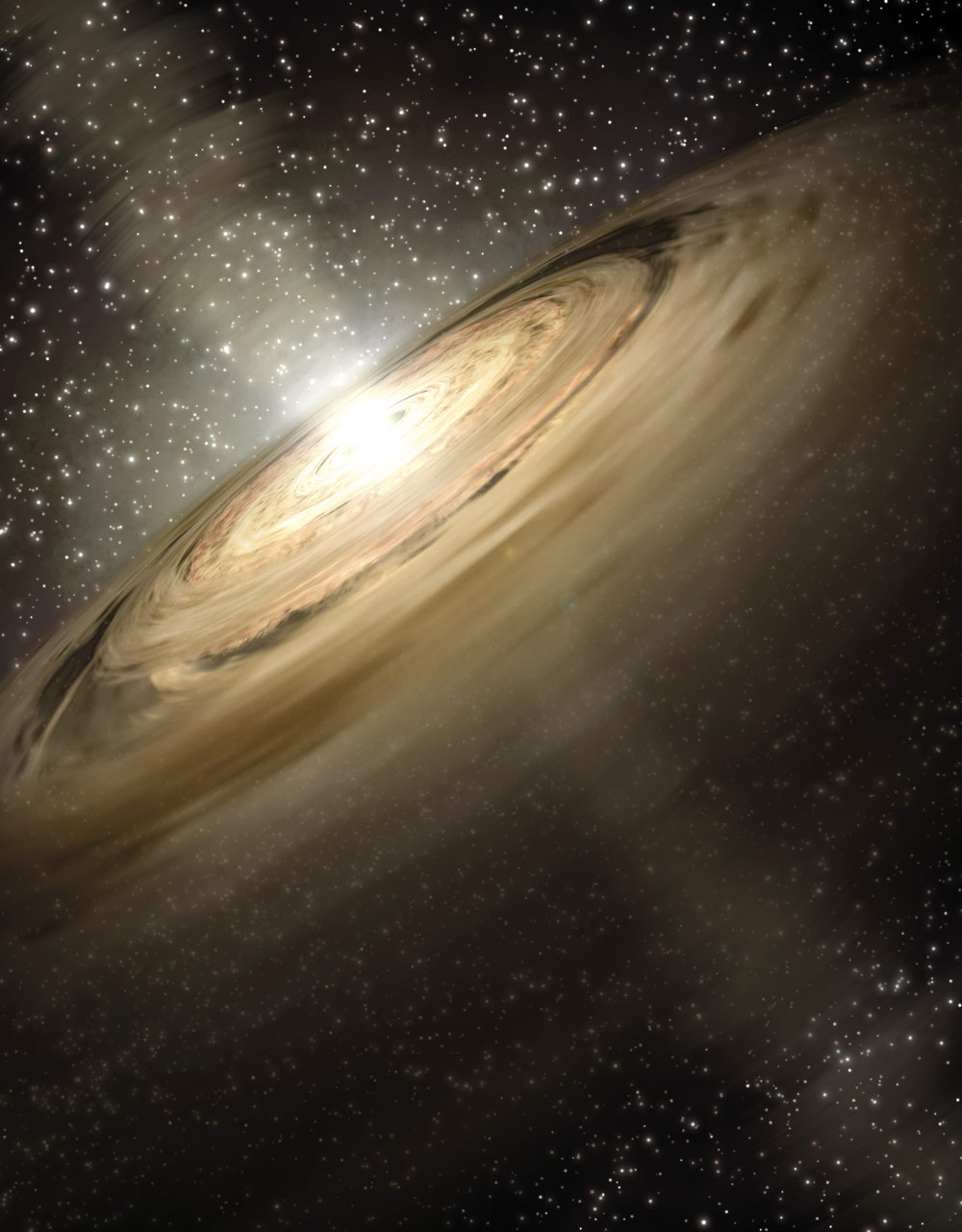 Famous Last Words French mathematician and astronomer Pierre-Simon Laplace, born 265 years ago this week, was one of the most highly regarded theorists of his day. Laplace used differential calculus to confirm Newton’s earlier studies on the movement of bodies in space. He also advanced the nebular hypothesis, which is now the most widely accepted explanation for the formation of solar systems. According to the hypothesis, stars form from the gravitational collapse of large, dense clouds of molecular hydrogen. The process also results in the creation of a large rotating protoplanetary disk surrounding the star (as shown in this artist’s concept above), from which planets may eventually form. Allegedly, Laplace’s last words were “What we know is not much. What we do not know is immense.”