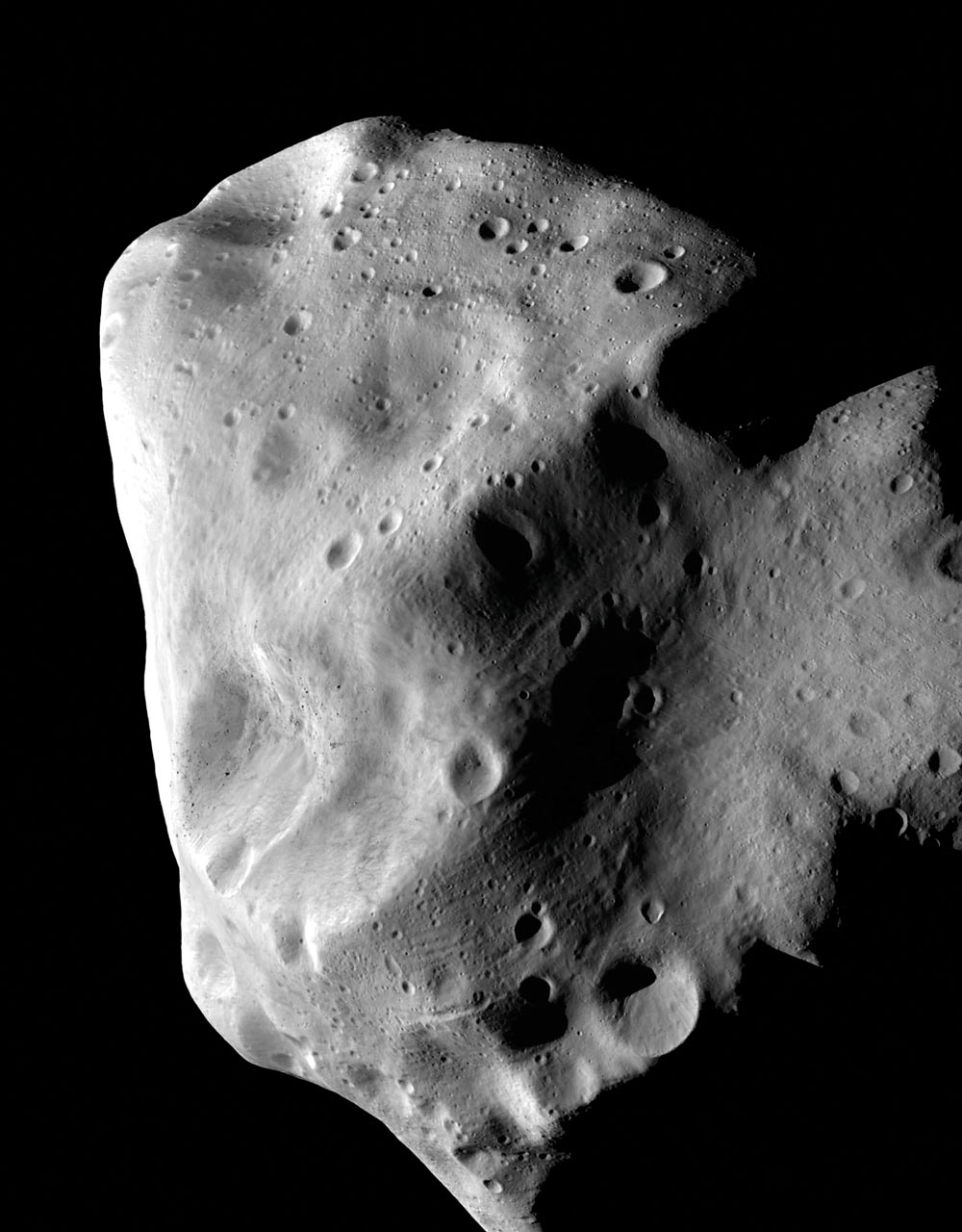 Rosetta’s Stone Ten years ago this week the European Space Agency launched the Rosetta spacecraft on a decade-long journey to Comet 67P/Churyumov–Gerasimenko. Rosetta swung past Earth three times and Mars once as it followed a circuitous path through the solar system designed to adjust its orbit to match that of the comet. In 2008 Rosetta made the first flyby of asteroid Steins and in 2010 it completed the first flyby of asteroid Lutetia, shown here. As Rosetta drew close to Lutetia, a giant bowl-shaped depression stretching across much of the asteroid rotated into view. Rosetta confirmed Lutetia to be an elongated body around 130 km (80 mi) long. After it reaches Comet 67P/Churyumov–Gerasimenko later in 2014, Rosetta will escort the comet for a year and deploy a small lander.