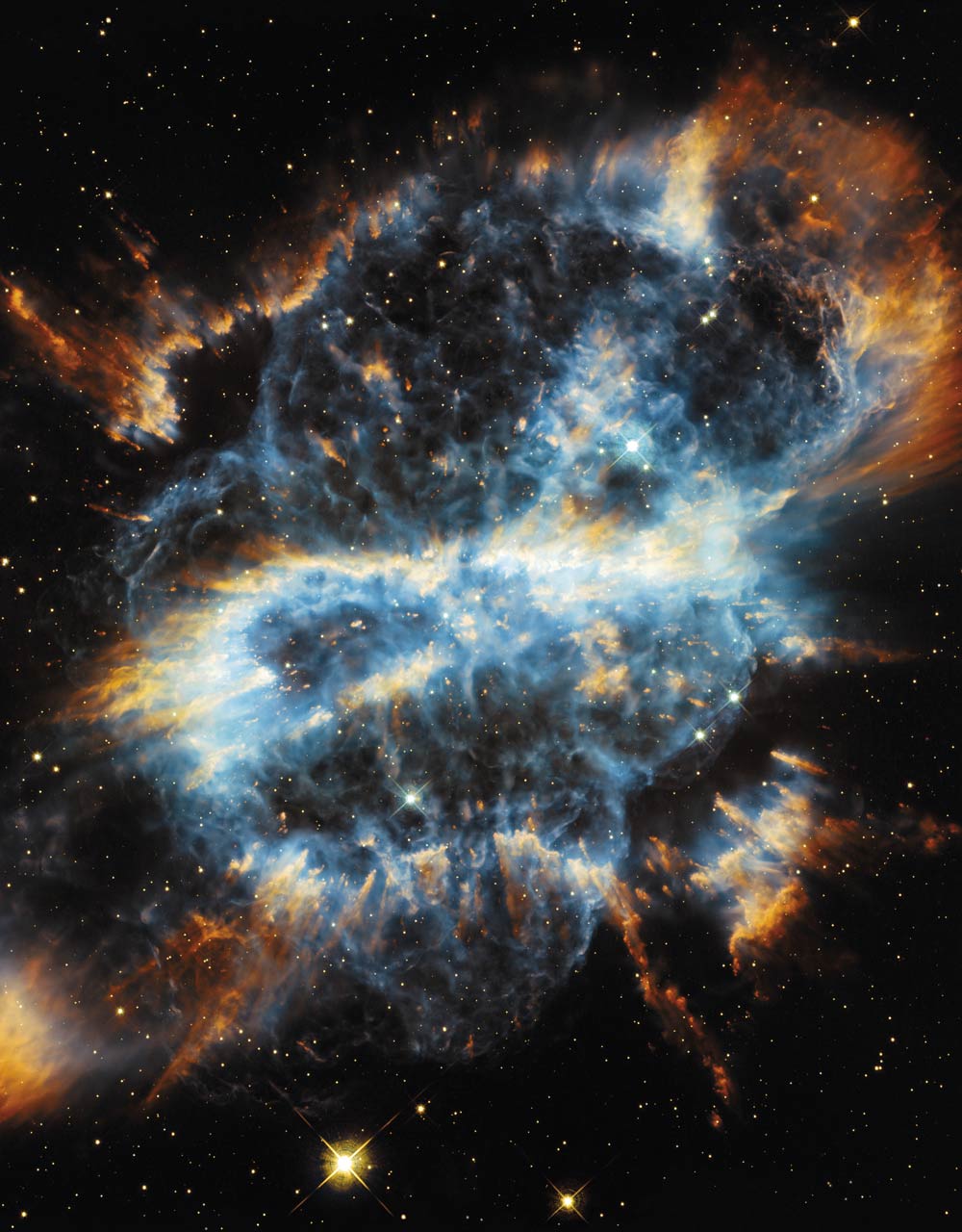 Elegance in Death Planetary nebulae represent the final brief stage in the life of a medium-sized star like our Sun. While consuming the last of the fuel in its core, the dying star expels a large portion of its outer envelope. This material then becomes heated by the radiation from the stellar remnant and radiates, producing glowing clouds of gas that can show complex structures, as the ejection of mass from the star is uneven in both time and direction. A spectacular example of this elegant complexity is seen in the bluish lobes of NGC 5189. Most of the nebula is knotty and filamentary in its structure. As a result of the mass-loss process, the planetary nebula has been created with two nested structures, tilted with respect to each other, that expand away from the center in different directions.