February 3, 2014 - Searching for the Supermassive 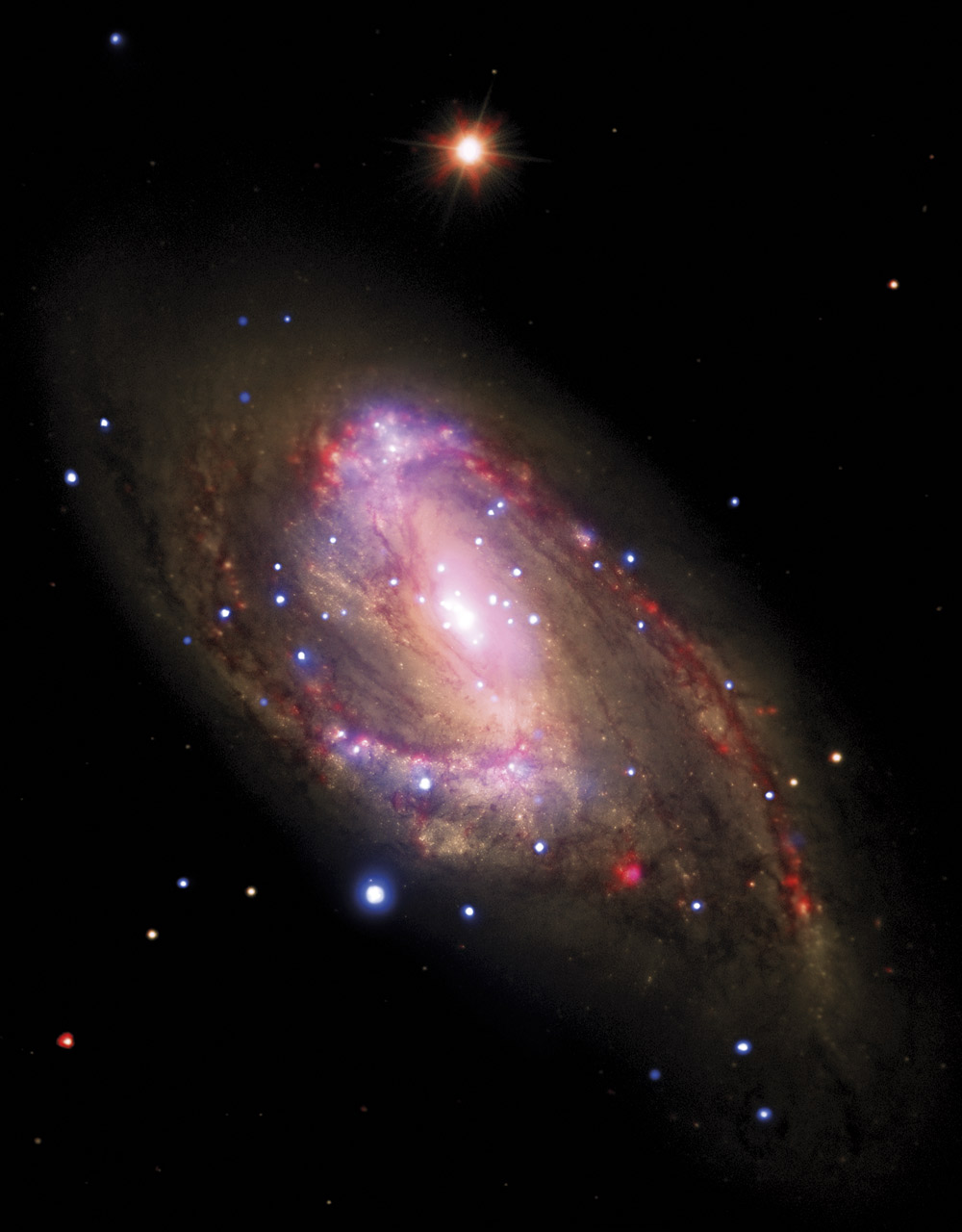 Searching for the Supermassive Black holes with the mass of several million Suns are thought to lie at the core of most large galaxies. These supermassive black holes may form when modest-size black holes swallow up enormous amounts of nearby matter over the course of millions of years, or they may result from the merger of a cluster of many smaller black holes. Although a black hole itself is not visible, the presence of one can be inferred by the motion of matter being drawn toward it, or by the high energy (usually in the form of X-rays) released by matter spiraling into it. Spiral galaxy NGC 3627, about 30 million light-years away, is thought to harbor a supermassive black hole in its core. This image includes X-ray data (blue and white), infrared data (red), and optical data (yellow).