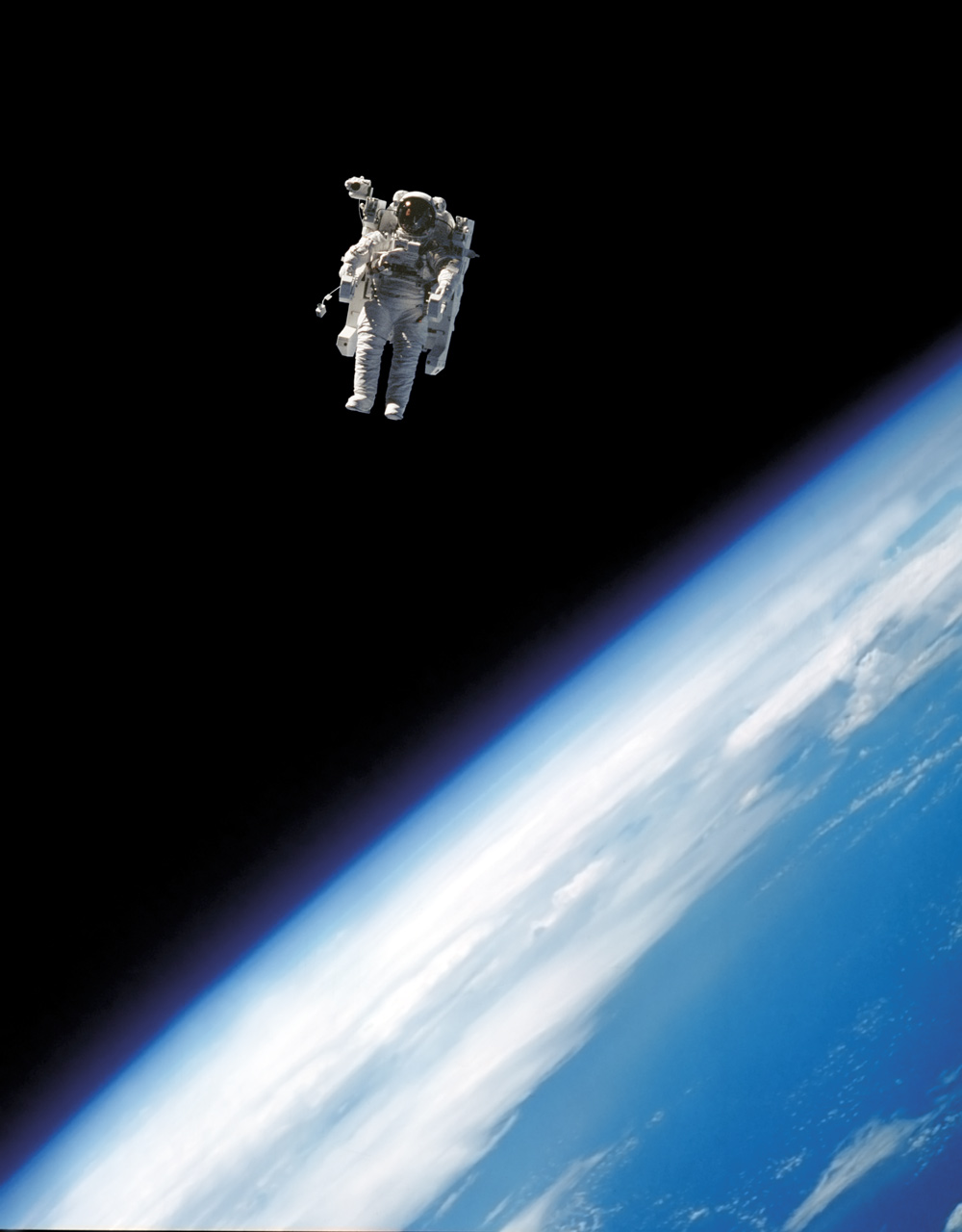 Free at Last   For nearly two decades after Alexei Leonov’s pioneering space walk in 1965, orbiting astronauts who ventured outside were always attached in some way to their spacecraft—either by umbilical hoses that carried oxygen, or by tethers that prevented them from accidentally floating away. Not until the STS-41B shuttle mission, launched thirty years ago this week, did spacewalking astronauts sever the ties that previously bound them. During the eight-day mission, astronauts Bruce McCandless and Robert Stewart (shown here) each tested the Manned Maneuvering Unit, a backpack with nitrogen gas thrusters that the astronauts could operate with joysticks on the arm rests. At one point during McCandless’s spacewalk, he ventured nearly 100 meters (300 feet) from the safety of the shuttle.