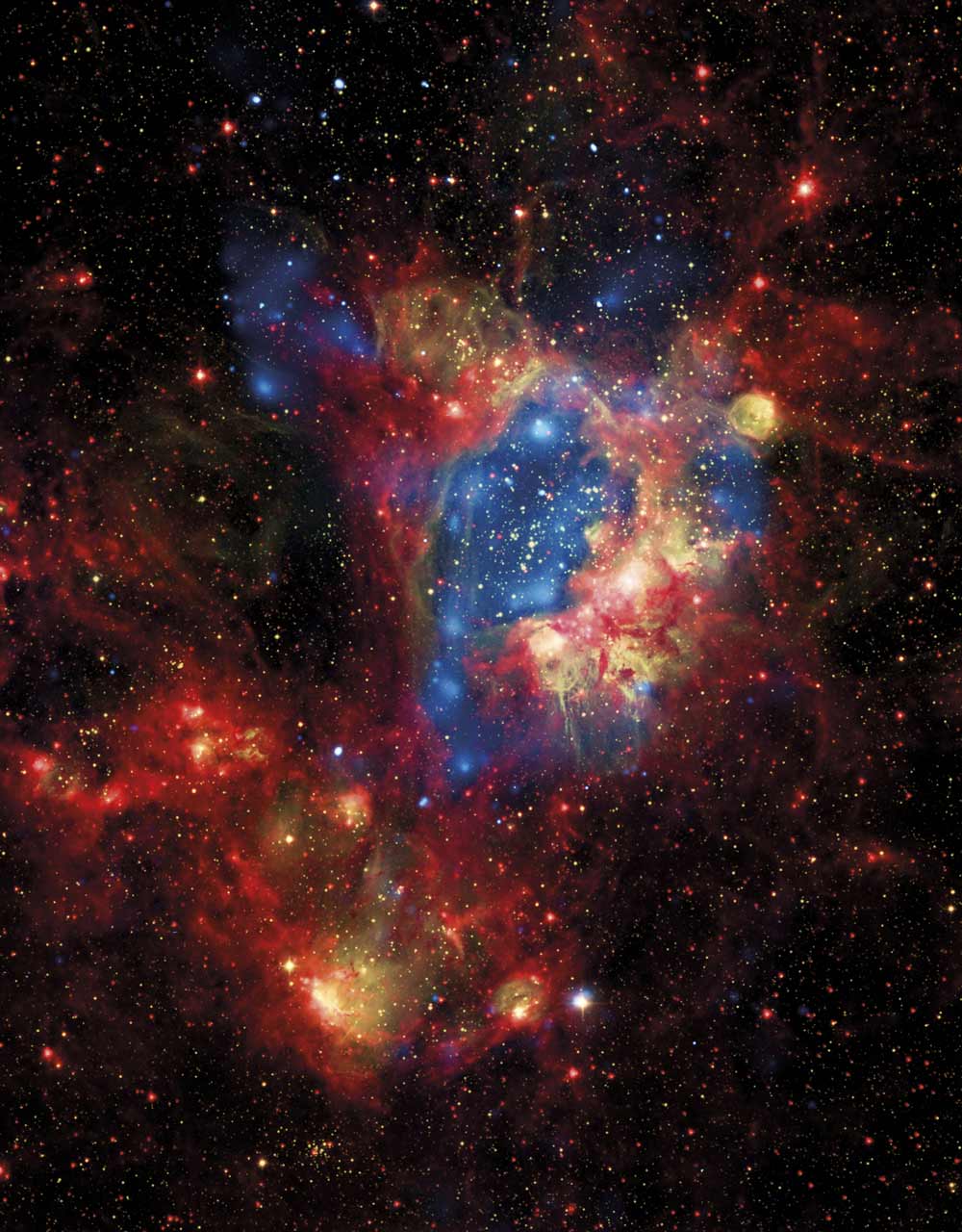 The Crash of (NGC) 1929 The stock market crash of 1929 may have sent shock waves around the world, but it was a walk in the park compared to the tumult taking place in NGC 1929. This star cluster, located 160,000 light-years away in the constellation Dorado, contains massive stars that produce intense radiation, expel matter at high speeds, and race through their evolution to explode as supernovas. The winds and shock waves carve out huge cavities called superbubbles in the surrounding gas. High-energy X-rays (appearing blue in this composite image) reveal the regions created by these winds and shocks, while infrared radiation (red) outlines areas where the dust and cooler gas are found. Optical light (yellow) shows where ultraviolet radiation from the young stars is causing the gas to glow.