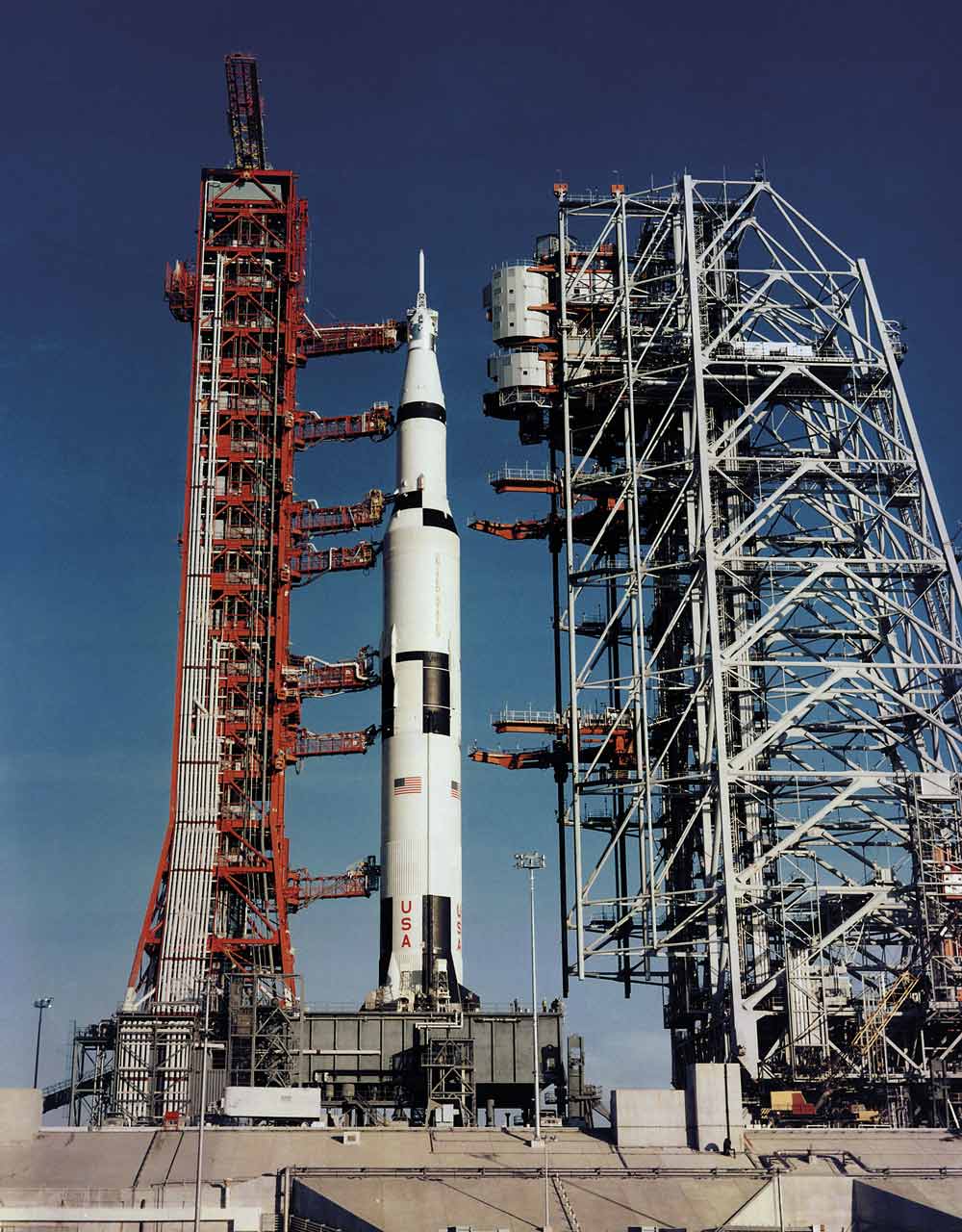 Milestones of Flight From the windy sand dunes of Kitty Hawk, North Carolina, Orville Wright made the world’s first powered flight, a twelve-second jaunt in a wood and canvas airplane that he and his brother, Wilber, had built. This week marks the 110th anniversary of that historic flight, the realization of the age-old human quest to “slip the surly bonds of Earth.” It also marks a related milestone in human achievement: the forty-fifth anniversary of the launch of Apollo 8, the first human spaceflight around the Moon, just sixty-five years after that historic day at Kitty Hawk. Seen here prior to its momentous lift-off is the Saturn V rocket that sent Apollo 8 on its way. At two points in its journey, Apollo 8 traveled 38,000 km/h (24,000 mph), some 800 times faster than the Wright Flyer.