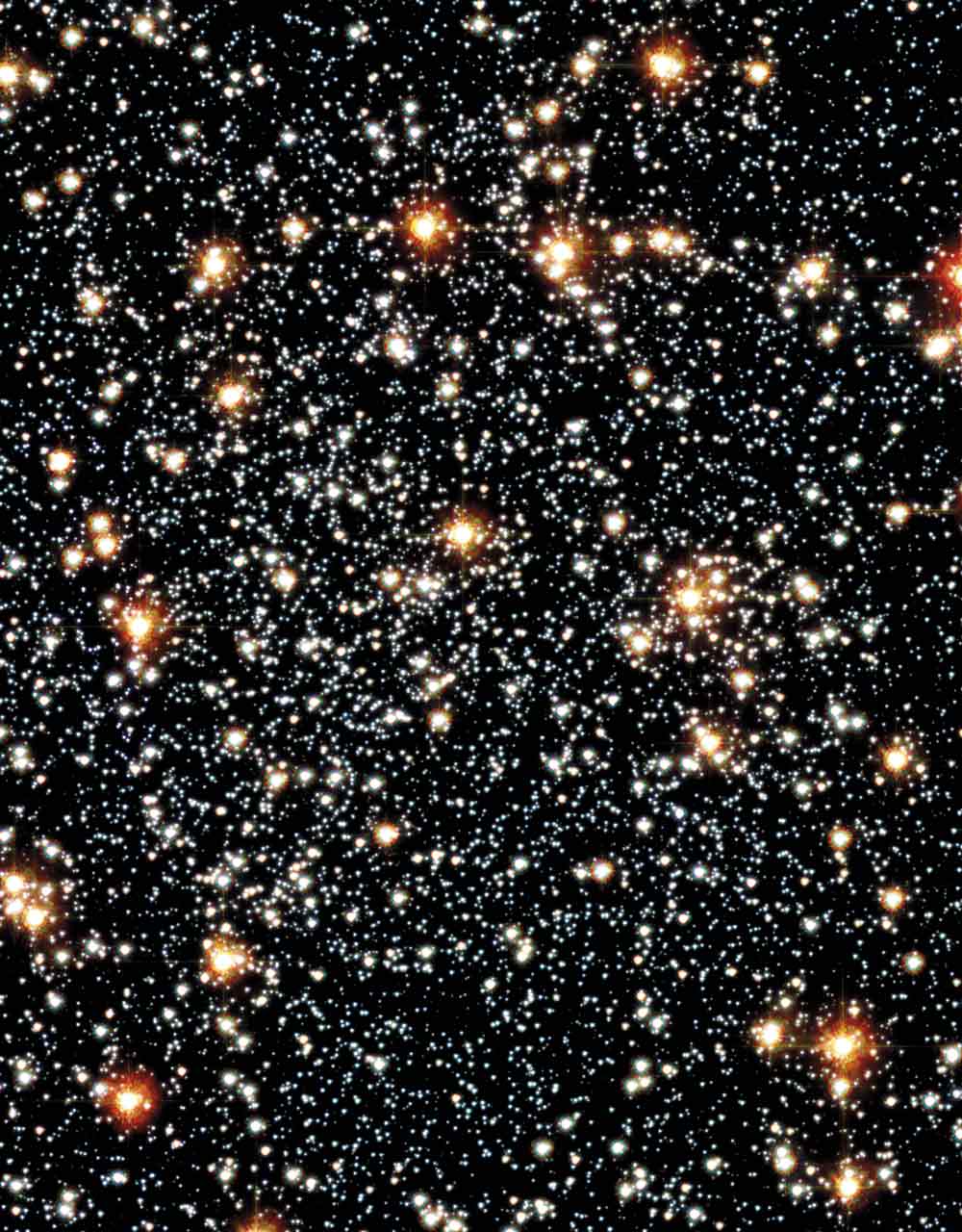 Annie, Get Your Spectroscope The daunting task of developing a scheme to categorize the stars in the sky was accomplished by one of the most famous female astronomers, Annie Jump Cannon, born 150 years ago this week. Cannon, a Wellesley graduate, joined the staff of the Harvard College Observatory in 1896 to help develop a meaningful way to classify stars according to their spectra. Over the next forty years, Cannon studied the spectroscopic images of over 250,000 stars and devised the O, B, A, F, G, K, M system (from the hottest blue “O” stars to the coolest red “M” stars) that is still in use today, along with the phrase coined to remember the order, “Oh, Be A Fine Girl - Kiss Me.” In this image, the core of globular cluster 47 Tucanae, unlike most globulars, displays a variety of stellar types.