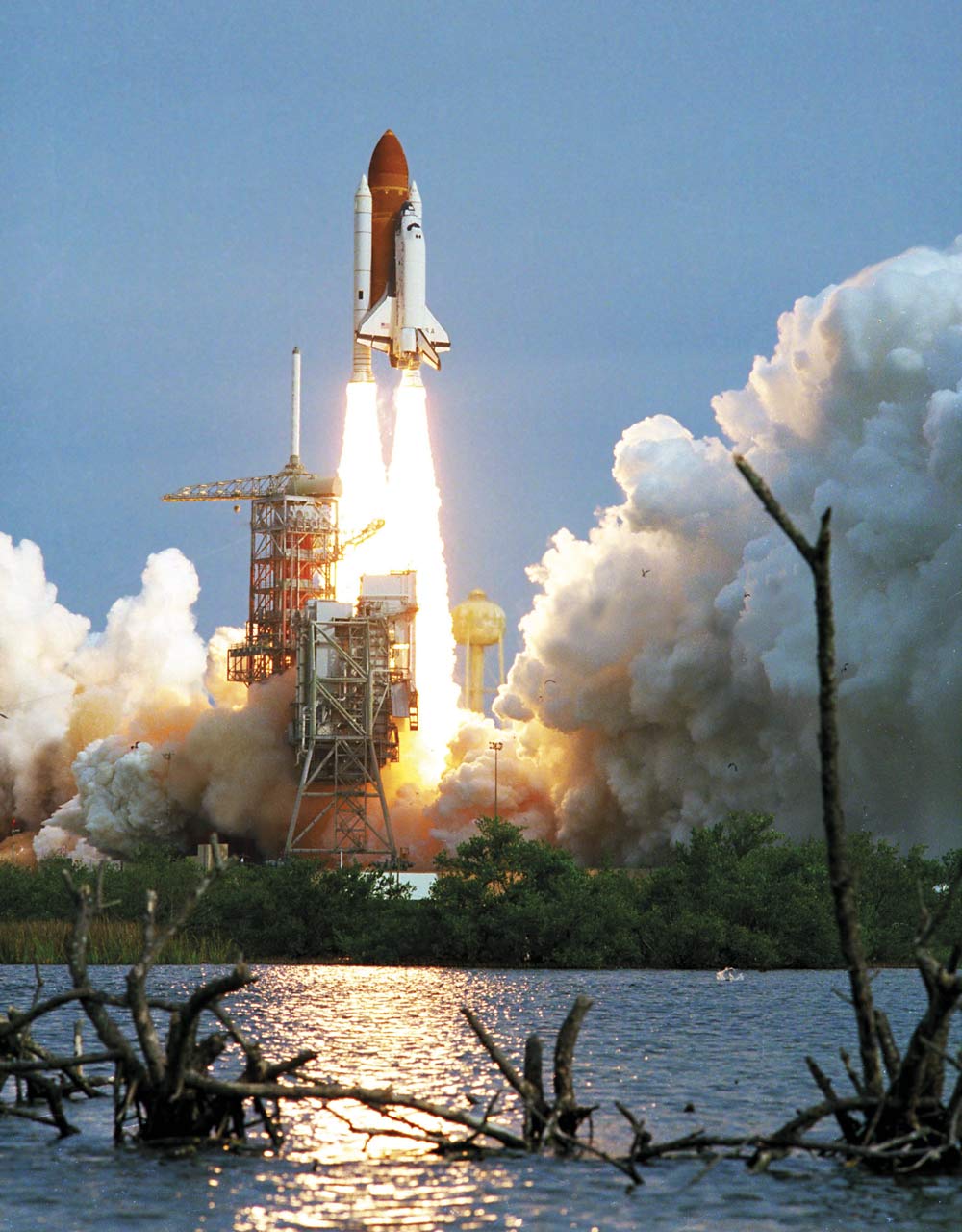 Spacelab Spectacle Enveloping the launch complex in a cloud of exhaust and a pillar of flame, the space shuttle Columbia lifts off on STS-9, its sixth mission, thirty years ago this week. It was the first launch of the European Space Agency’s Spacelab module, a laboratory mounted in the shuttle’s cargo bay in which up to six astronauts could work at one time. During STS-9, astronauts conducted seventy-one experiments in Spacelab spanning a wide range of disciplines, including astronomy, materials processing, atmospheric studies, and many other fields. This flight marked the first American launch of a non-American citizen astronaut, Ulf Merbold of Germany. It was also the largest crew (six) ever launched at that time, and the longest shuttle mission at that time, over ten days and 166 orbits.