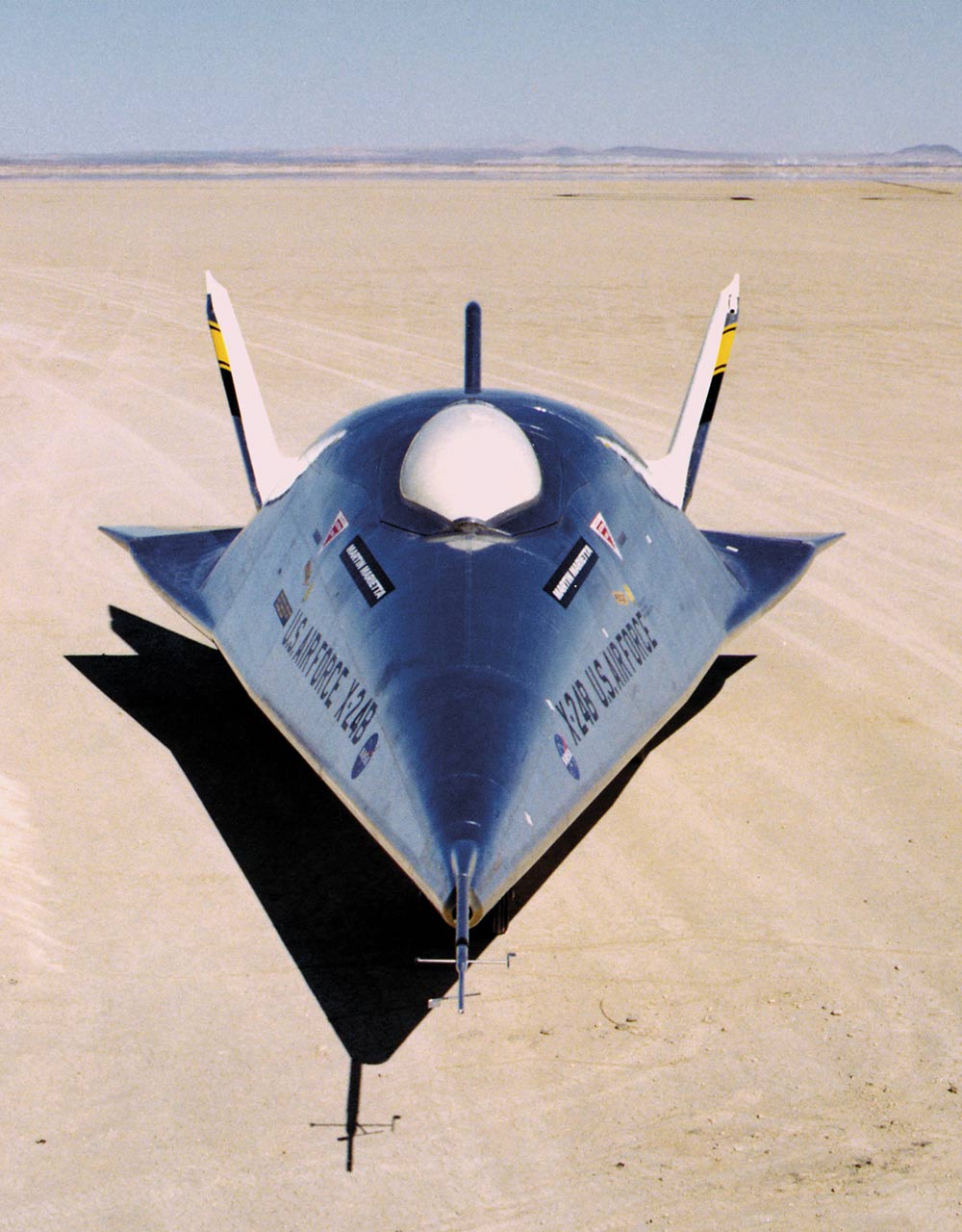 Wingless Flight Between 1963 and 1975, NASA and the U.S. Air Force conducted a series of tests of a new breed of oddly shaped research vehicles that paved the way for the space shuttle. Unlike conventional aircraft, which generate aerodynamic lift from their wings, these wingless craft generated lift solely from the shape of their bodies and were thus known as lifting bodies. The lifting bodies validated the notion that spacecraft could reenter the atmosphere and glide to a landing. Forty years ago this week, the final lifting body vehicle, the X-24B (above), made its first powered flight. After being released from its B-52 mothership, the X-24B attained a speed of 961 kph (600 mph) during nearly seven minutes of powered flight. On later flights, the X-24B achieved nearly twice that speed.