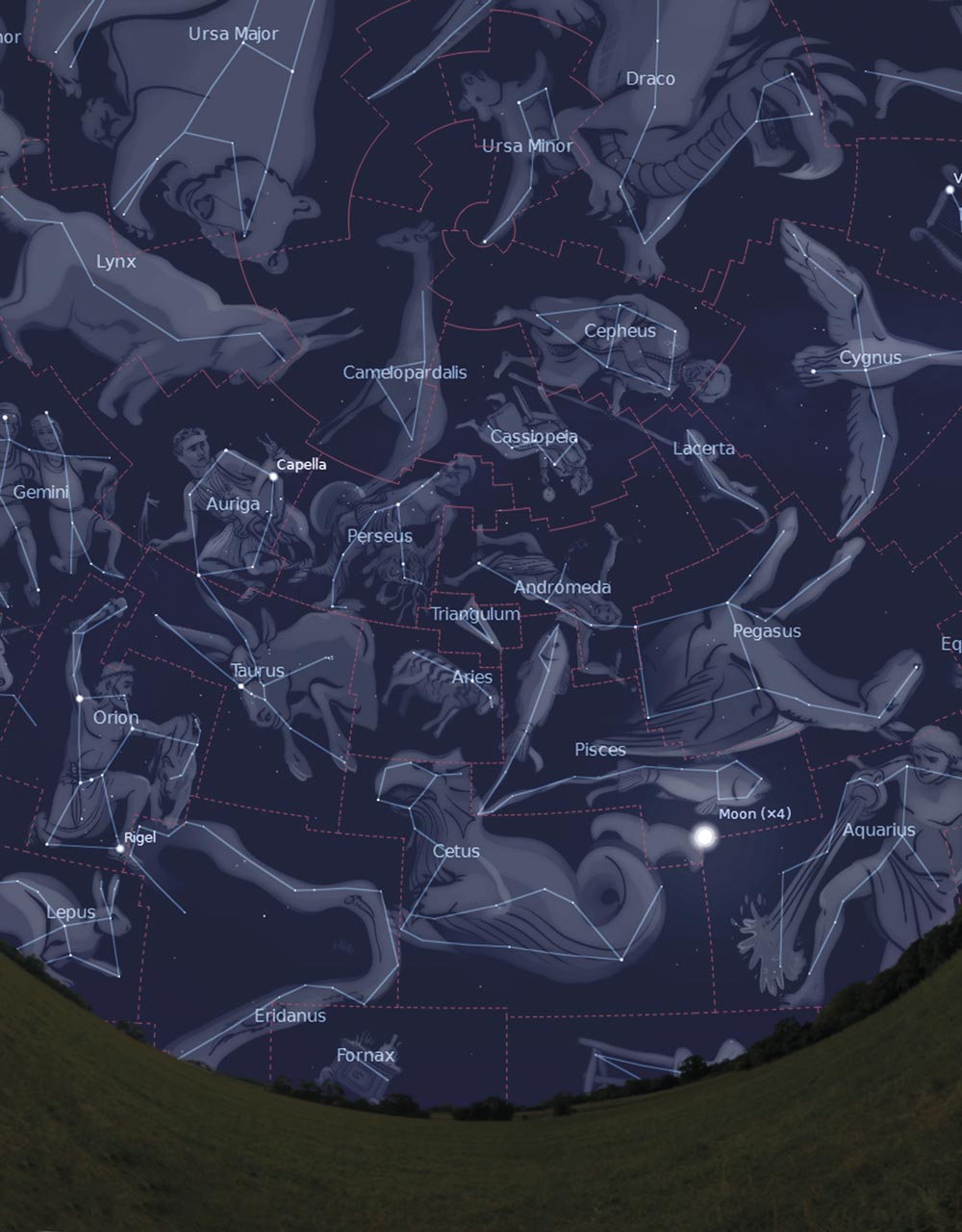 The Universe Under One Roof Devices to replicate the motion and appearance of the night sky have existed since ancient times, including a metal sphere designed by Archimedes that replicated the Moon’s path around the Earth. Mechanical devices eventually gave way to optical machines that could project a dynamic image of the sky on a dome. Ninety years ago this week, the first public planetarium show took place at the Deutsches Museum in Munich, Germany. Today, more than 2,000 planetaria exist worldwide, not including mobile ones that can bring the starry sky to schools, events, and other public venues, and planetarium software that allows users to visualize the night sky at any point in time or space. Free Stellarium software created this view of the sky above Munich on October 21, 1923.