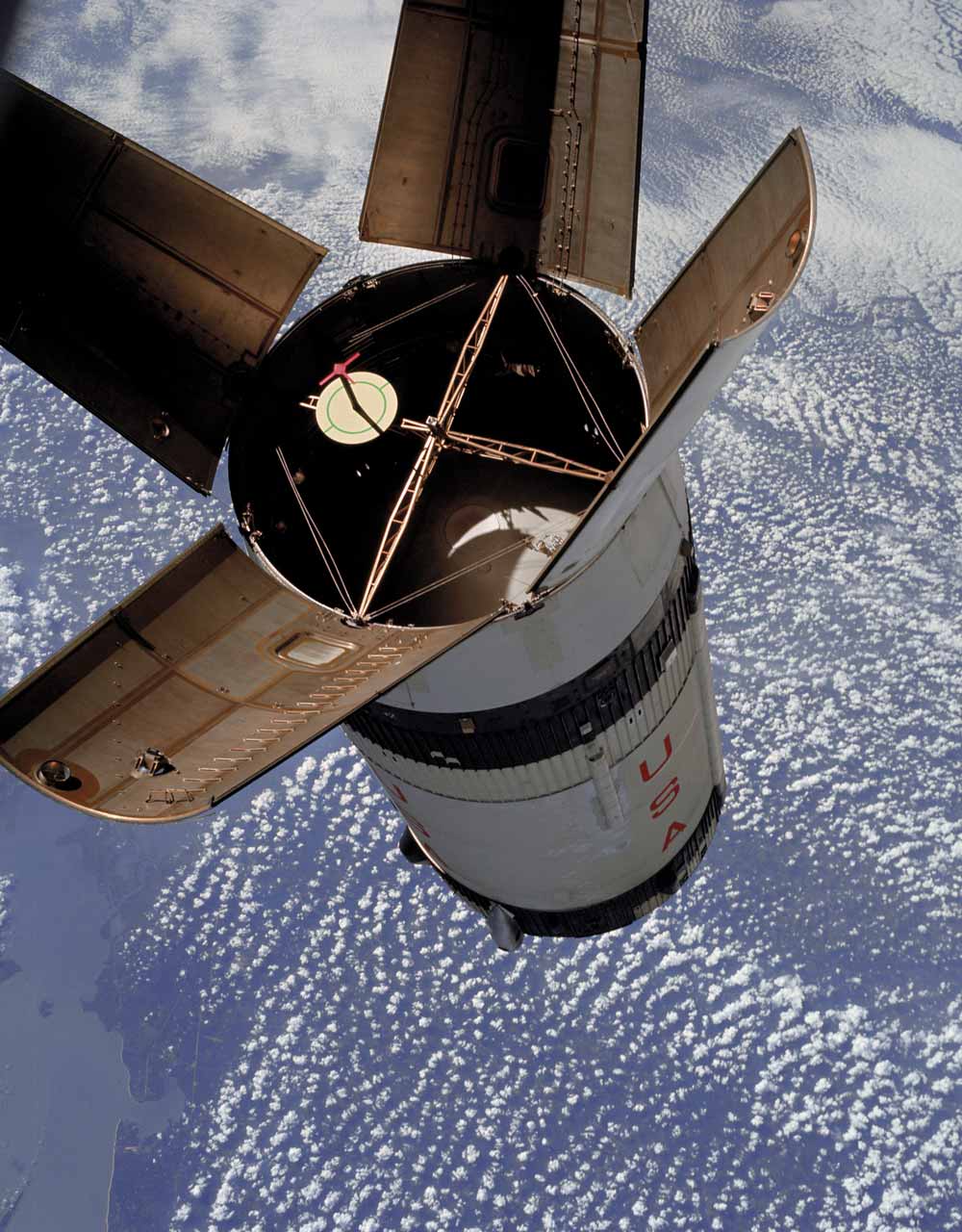 Back on Track A devastating fire in the Apollo 1 capsule during a ground test in January 1967 claimed the lives of the entire crew—Gus Grissom, Ed White, and Roger Chaffee. The fire derailed the Apollo program and caused many new safety features to be incorporated into the spacecraft, but twenty-one months later the first Apollo crew flew in space. The Apollo 7 Earth-orbital mission of astronauts Wally Schirra, Donn Eisele, and Walt Cunningham lifted off forty-five years ago this week. The main objective of this 10-day shakedown flight was to confirm that the Apollo spacecraft could support a crew for the duration of a lunar mission. Here, the circular object in the expended upper stage of the Saturn IB booster provided a docking target similar to the one that would be on lunar modules in future missions.