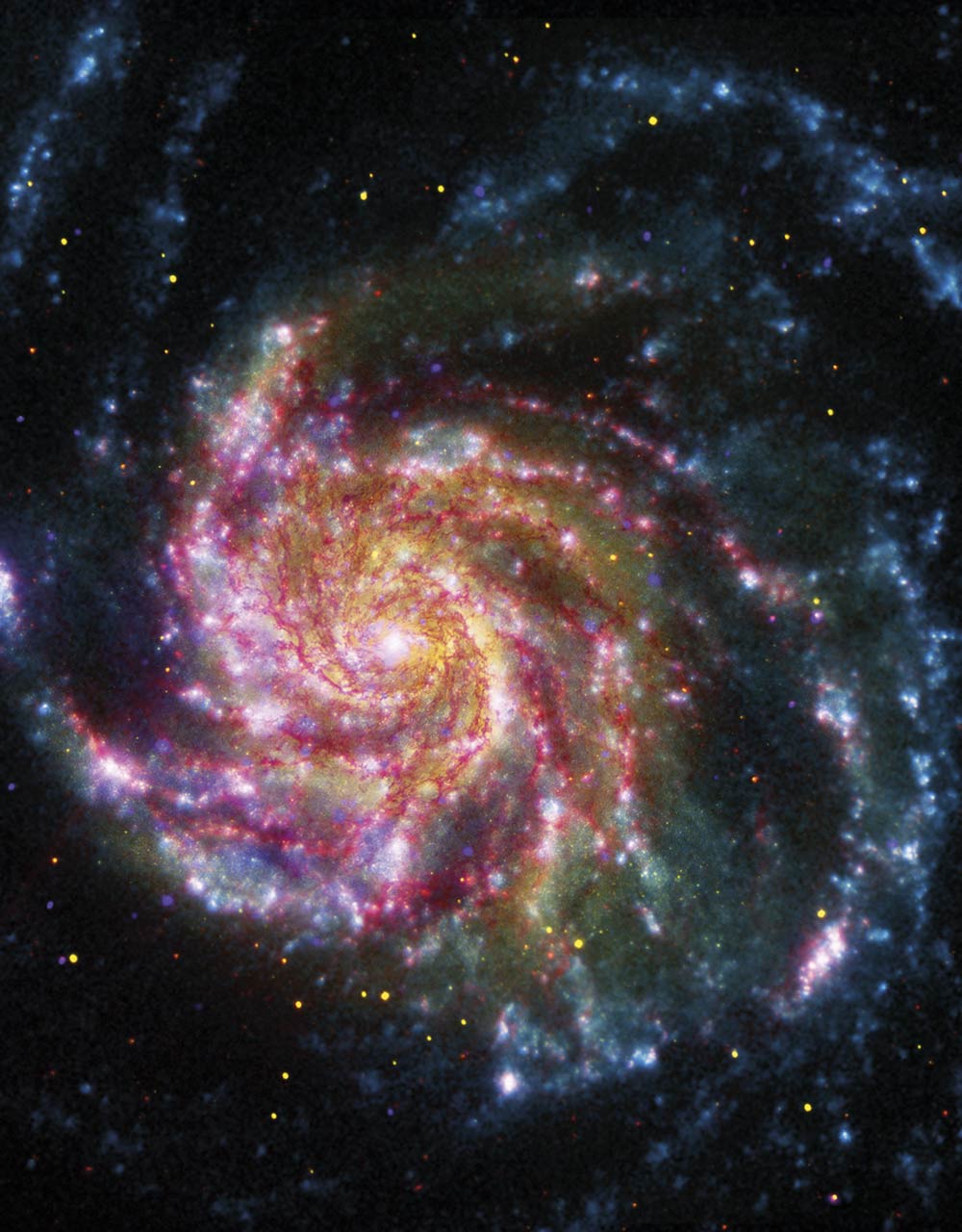 A New NASA The National Aeronautics and Space Administration was founded fifty-five years ago this week, but its heritage dates to the 1915 founding of the National Advisory Committee on Aeronautics (NACA), whose mission “to supervise and direct the scientific study of the problems of flight” resulted in numerous advances in aviation. In 1958, the National Space Exploration Act gave NACA a new name and a broader mandate that extended beyond the atmosphere. NASA has continued to evolve and redefine itself, making great strides in human space flight, planetary exploration, aeronautical research, and space-based astronomy. This multi-spectral image of galaxy M101 combines data from four of NASA’s cutting-edge space telescopes: Hubble, Spitzer, Chandra, and GALEX.