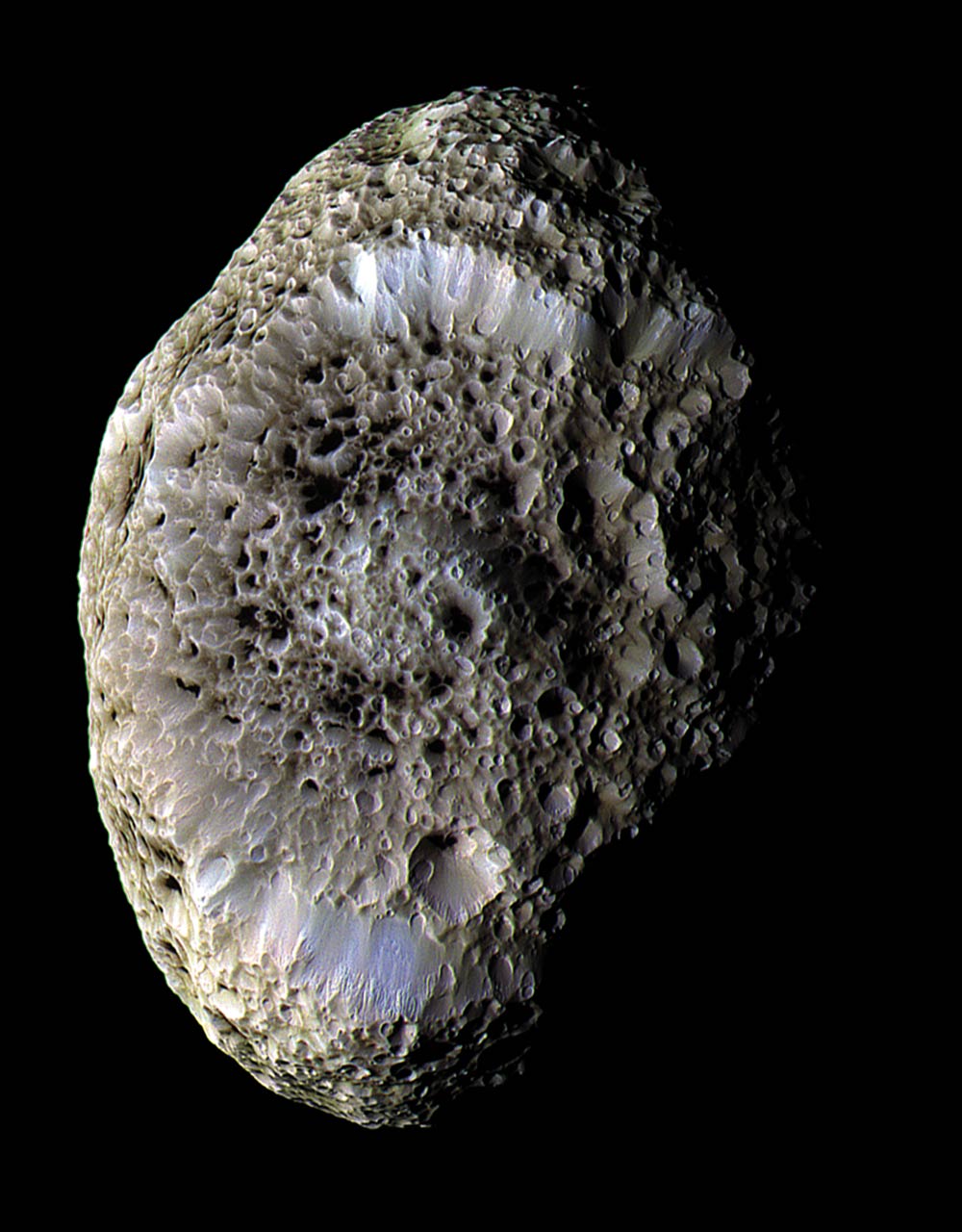 SpongeBob of Saturn Rotating chaotically while it orbits Saturn every twenty-one days, Hyperion is one of the most bizarre moons in the solar system. Its irregular surface, pockmarked by surprisingly deep craters, gives Hyperion a sponge-like appearance. Data from the Cassini spacecraft, which made a close approach to Hyperion in 2005 and 2006, shed some light on what might cause this strange terrain. When meteorites fall on dense bodies, like the Moon, plumes of debris are ejected and eventually settle around the impact site, in effect repaving the surrounding surface by filling in older nearby craters. Hyperion, however, is so brittle and porous (Cassini found that over forty percent of it is empty space) that impacts create little or no debris, and can result in comparatively deep, well-preserved craters.