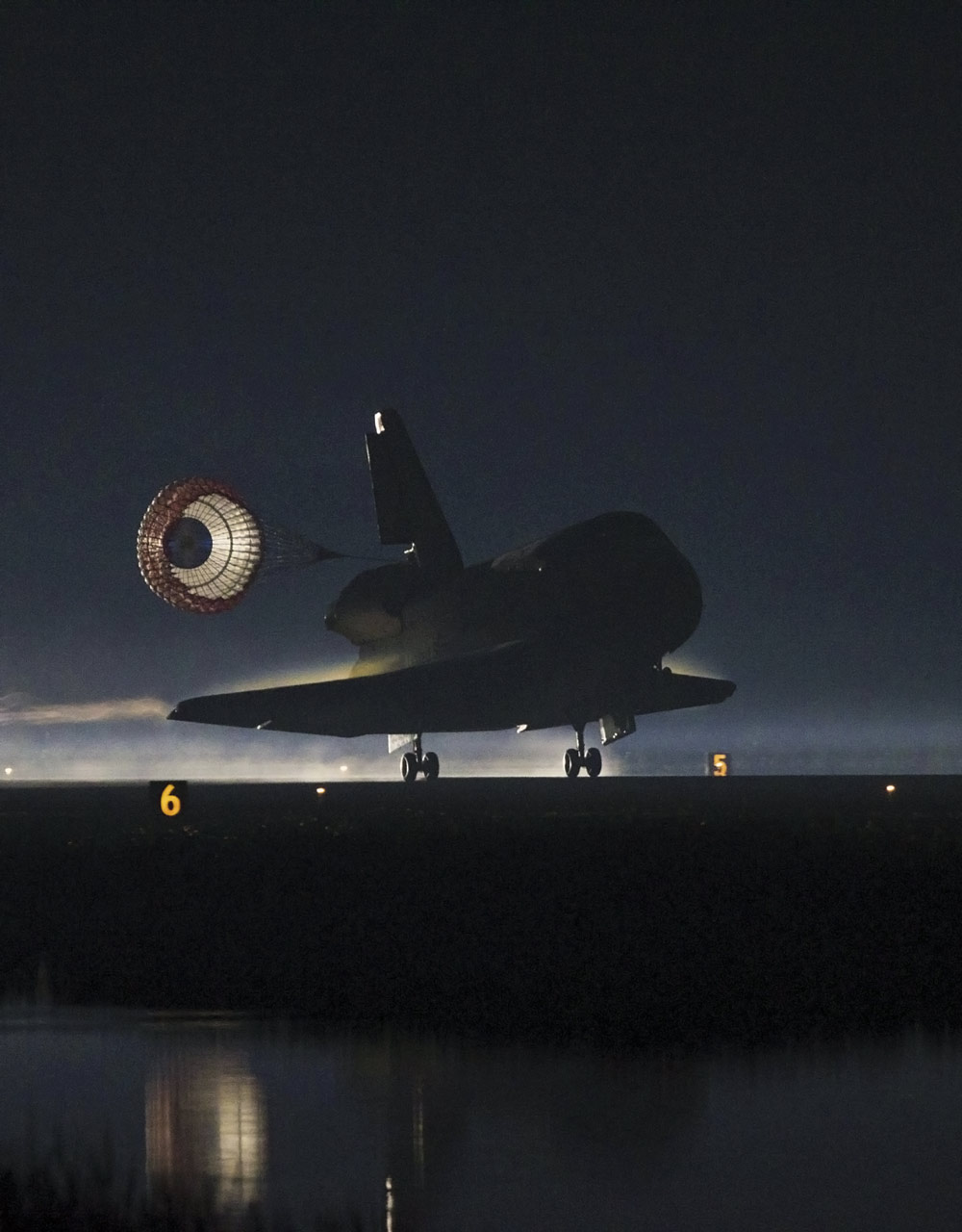 Night Flight Lifting off into a pitch-black Florida sky, the STS-8 mission was unlike any previous shuttle mission. Not only was it the first shuttle to launch at night, but among Challenger’s five-person crew was Mission Specialist Guion Bluford, the first African-American in space. Thirty years ago this week, at the end of its six-day mission, Challenger entered the history books yet again as the first shuttle to make a night landing, an event that occurred only twenty-six times in the program’s history. Since that first time at Edwards Air Force Base in California, five other shuttles have made night landings at Edwards, the last being STS-114 in 2005. The rest have landed at the Kennedy Space Center. Seen here, the shuttle Atlantis ends the STS-135 mission—and the shuttle program—with a night landing in 2011.