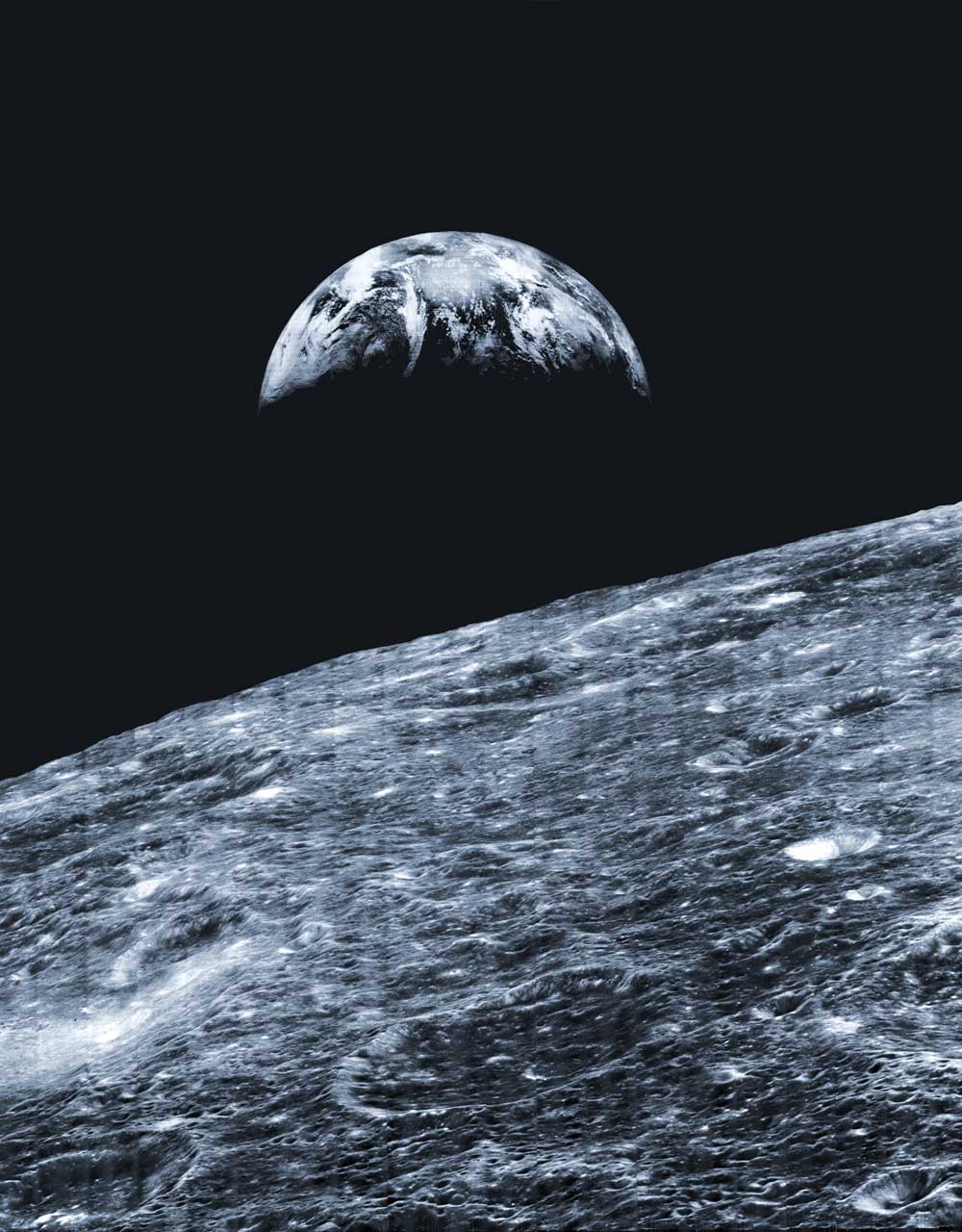 Our Place in Space In 1961, NASA took on the challenge of landing an astronaut on the Moon before the end of the decade. While plans for lunar flight had long been on the minds of scientists and engineers, President Kennedy’s 1961 imperative turned these dreams into something concrete: the most complex technological feat in human history. NASA quickly set about developing powerful launch vehicles, designing lunar spacecraft, training astronauts, and deciding where they should land. Fifty years ago this week, NASA announced the Lunar Orbiter program, a series of spacecraft that would circle the Moon and return high-resolution images of potential landing sites. One unexpected result of the first Lunar Orbiter mission was this 1966 image, the first ever view of Earth as seen from the Moon.