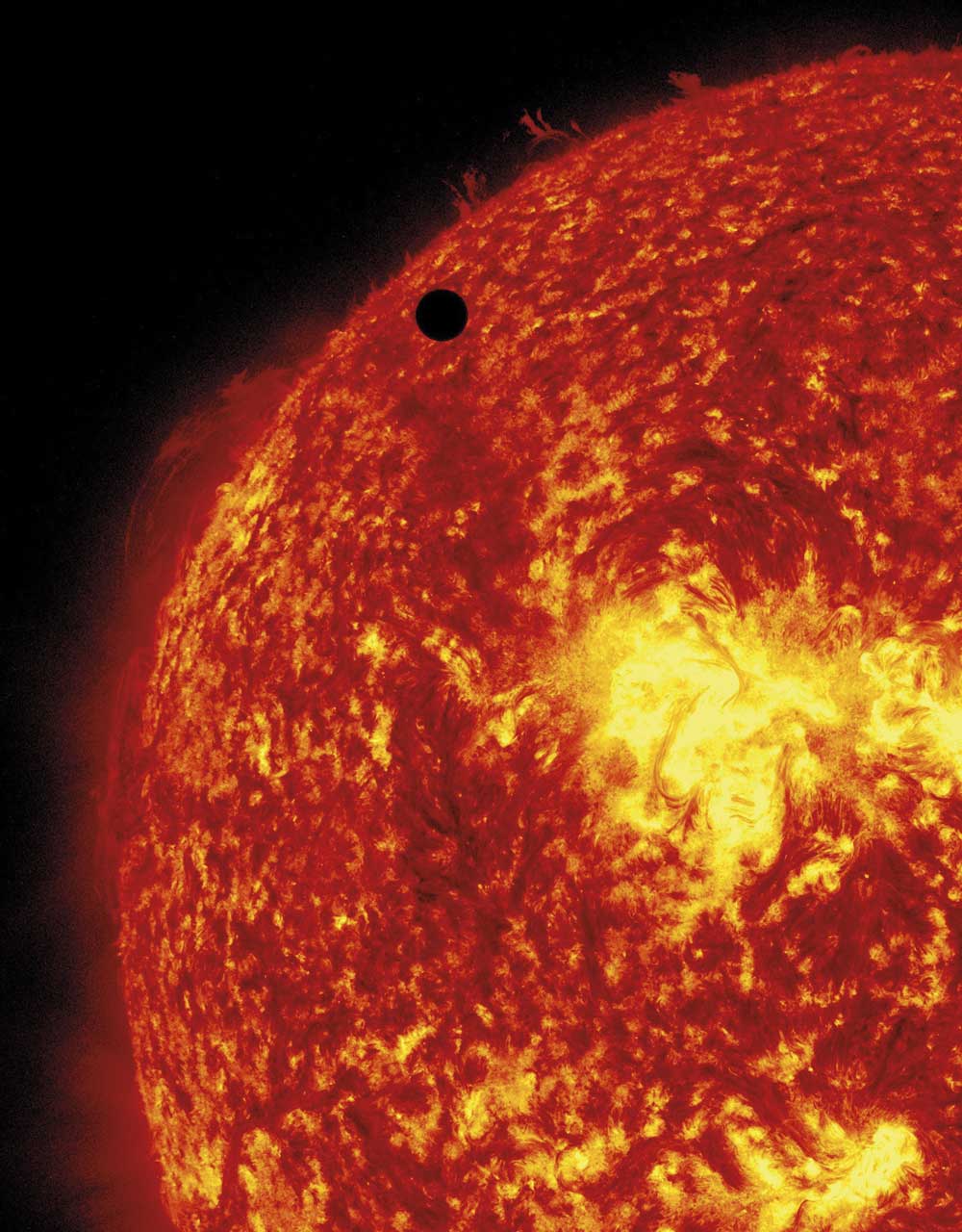 Solar Secret Revealed A solar eclipse that occurred 145 years ago this week led to an unexpected discovery about Earth. While studying the Sun using a spectroscope, French astronomer Pierre Janssen detected a line in the Sun’s spectrum that did not correspond to the chemical signature of any known element. Observations of the Sun later in 1868 by English astronomer Norman Lockyer confirmed it was caused by a new element, which he named after helios, the Greek word for the Sun. Not discovered on Earth until 1895, helium is the second most abundant element in the Universe, after hydrogen. In this image of the Sun by the Solar Dynamics Observatory, light from doubly-ionized helium reveals the delicate structure of enormous erupting prominences. The black circle is Venus, during its 2012 transit.