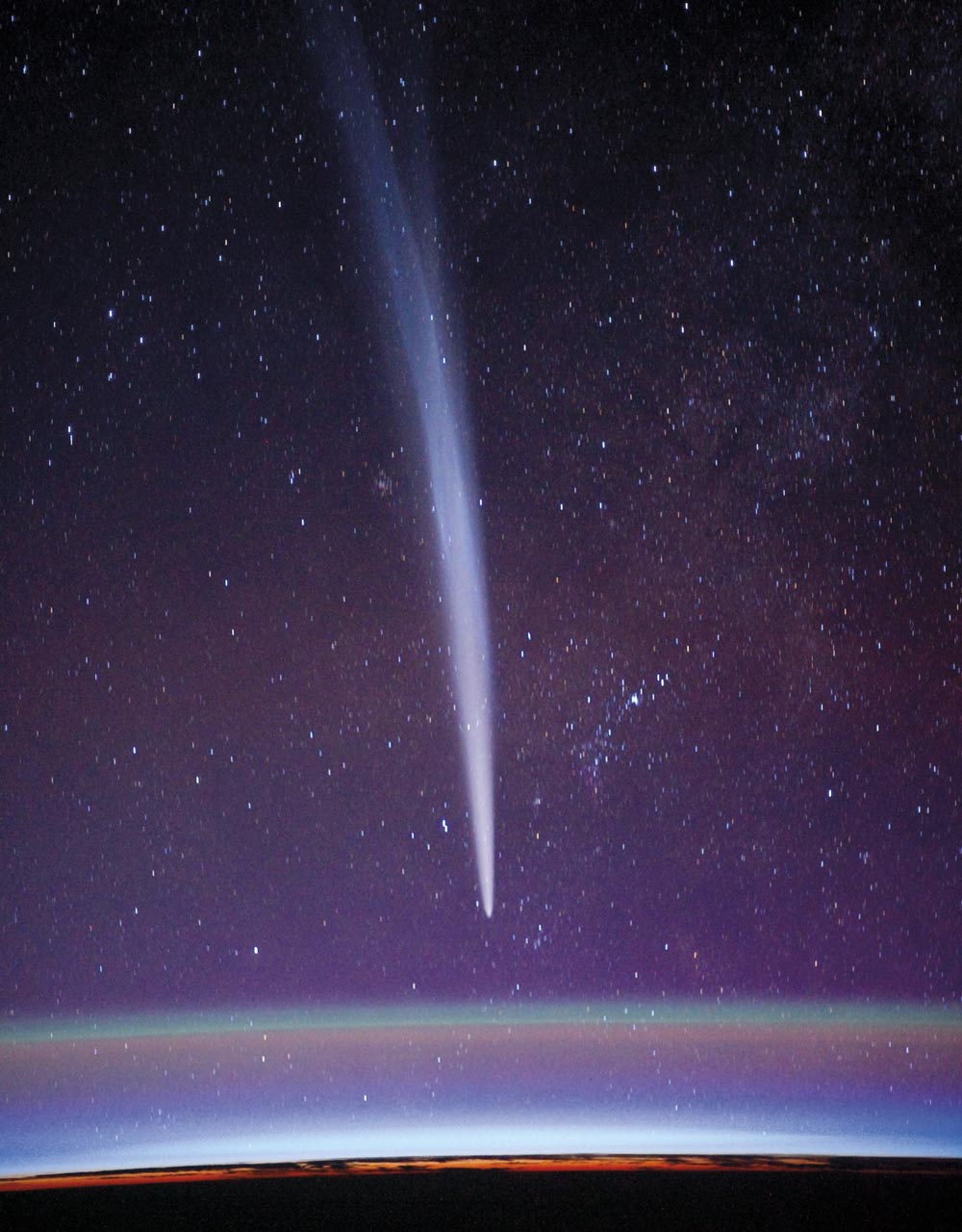 Miss Mitchell Finds a Comet Maria Mitchell, born 195 years ago this week, is widely recognized as the first American woman astronomer. Mitchell was raised by parents who believed all of their ten children should be highly educated and aspire to greatness, regardless of gender. Her father in particular, an astronomer himself, recognized Mitchell’s talent for science and encouraged her endlessly. Mitchell’s discovery of a comet in 1847, known as “Miss Mitchell’s Comet,” earned her worldwide fame, and she later became a professor of astronomy at Vassar College. Today, about twenty-five percent of all professional astronomers worldwide are women, and their ranks are growing. This image of a different comet (Comet Lovejoy) was taken from the unique vantage point of the International Space Station.

Moon at apogee
Jupiter 4° north of Moon
Juno at opposition