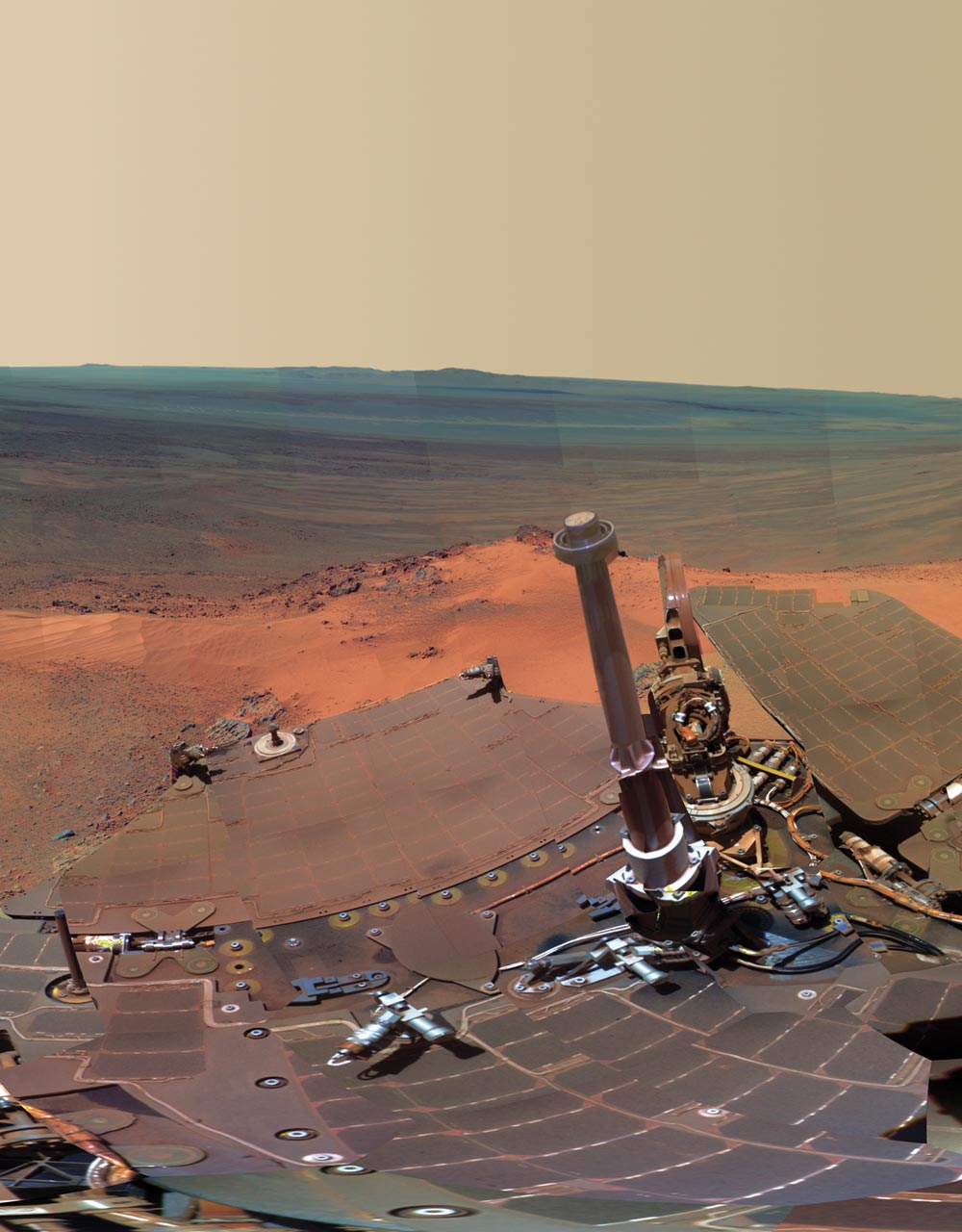 Two Worlds, One Sun This week marks the tenth anniversary of the launch of the Mars rover Opportunity. Landing on Mars in January 2004 on the opposite side of the planet as Spirit, its twin rover, Opportunity set a record for distance traveled on Mars: as of mid-2012, it had covered 35 km (21 mi) and was still working, far in excess of its original ninety-day mission. Opportunity discovered a meteorite on the ground at Meridiani Planum, spent more than two years studying Victoria crater, survived dust storms in 2007, and reached Endeavour crater in 2011. Opportunity, like Spirit, carried a Martian sundial (visible at the edge of the solar panel above), which also acted as a calibration target for the rover’s imaging systems.