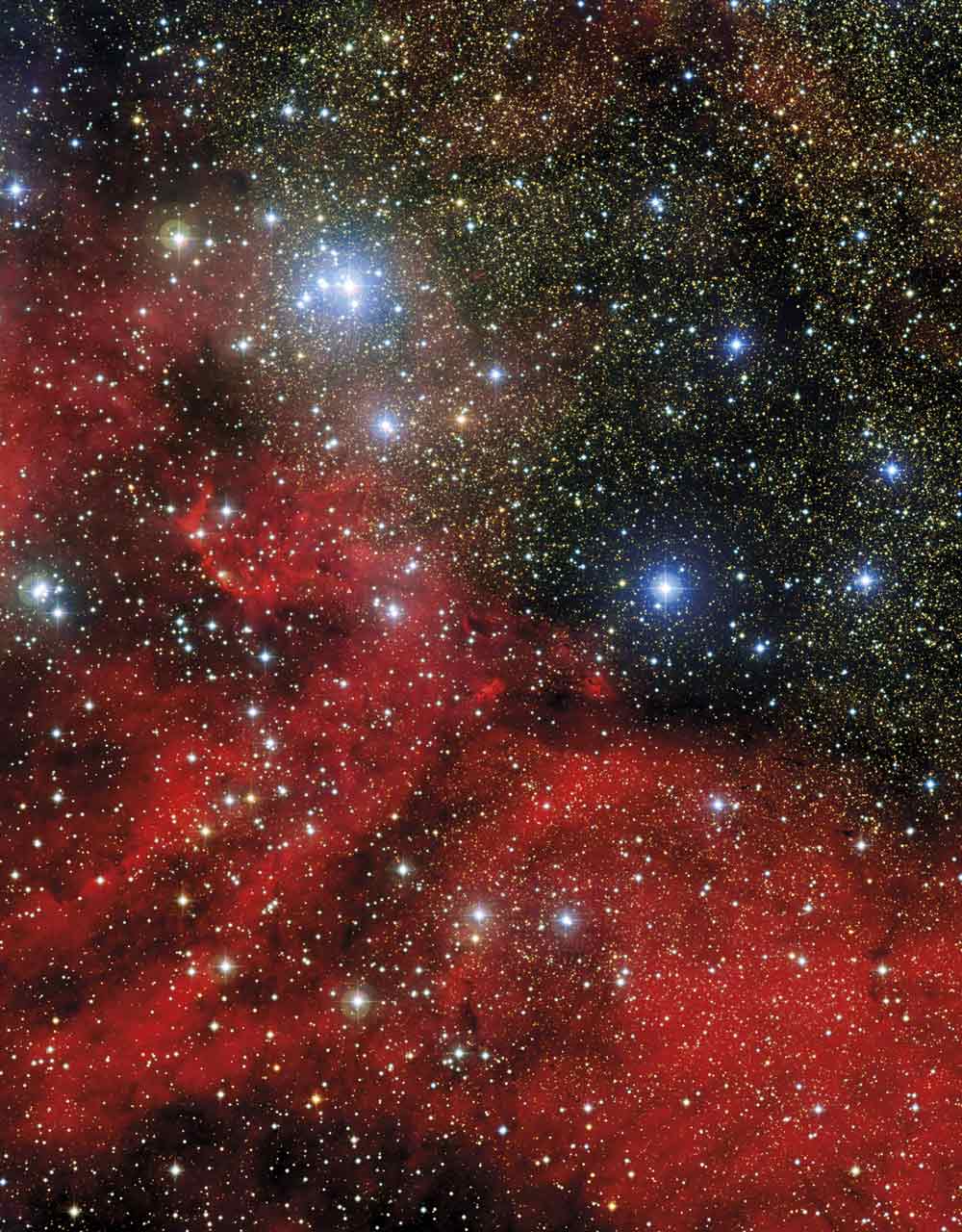 Cluster in a Cluster A mere wingspan away from the nearby Eagle Nebula, the open star cluster NGC 6604 is often overlooked by skygazers in favor of its more prominent neighbor. NGC 6604, the bright cluster of young stars in the upper left of this image, is part of a larger and more widely scattered cluster of about one hundred brilliant blue-white stars known as Serpens OB. This image also shows the associated nebula Sh2-54, a diffuse cloud of ionized hydrogen gas, which is obscured in parts by dark dust lanes. The bright stars of NGC 6604, which lies about 5,500 light-years away in the constellation of Serpens, are easily seen in a small telescope and were first catalogued by William Herschel in 1784; however, the faint gas cloud escaped attention until the Palomar Sky Survey of the 1950s.