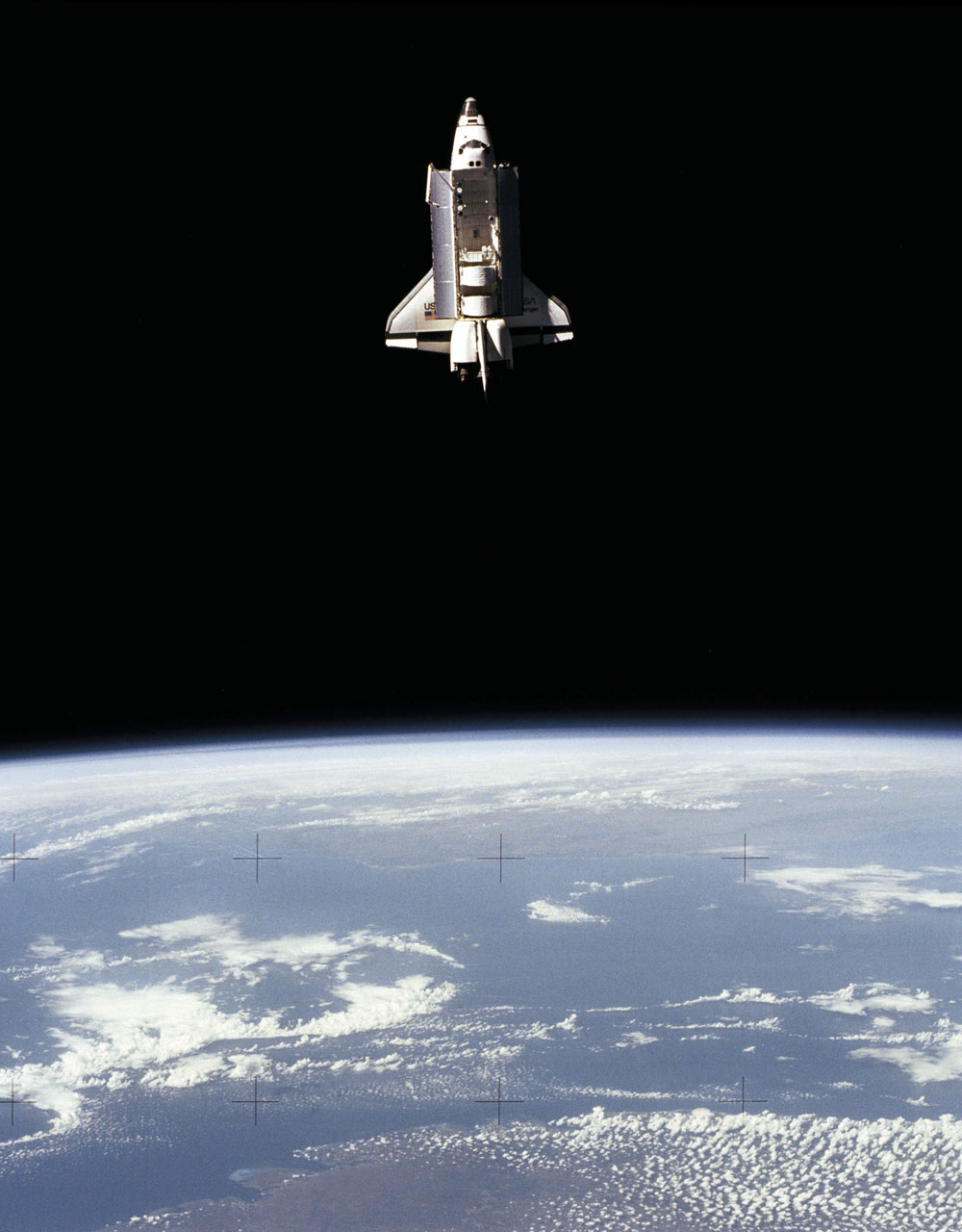 Challenger Says “Cheese” The space shuttle Challenger began its second space voyage thirty years ago this week with a crew of five astronauts including Sally Ride, the first American woman in space. This unique view of Challenger was the first “self-portrait” of a space shuttle in orbit. It was taken by the free-flying Shuttle Pallet Satellite, which flew in formation with Challenger for several hours before being recaptured by the shuttle’s Remote Manipulator System and stowed in the cargo bay. The robot arm is visible protruding from the top of Challenger’s cargo bay. Also visible in the cargo bay are the two protective cradles for the Palapa B-1 and the Anik C-2 satellites that were released into orbit later in the six-day mission, which ended with a landing at Edwards Air Force Base in California.

Jupiter in conjunction with Sun
Saturn 4° north of Moon