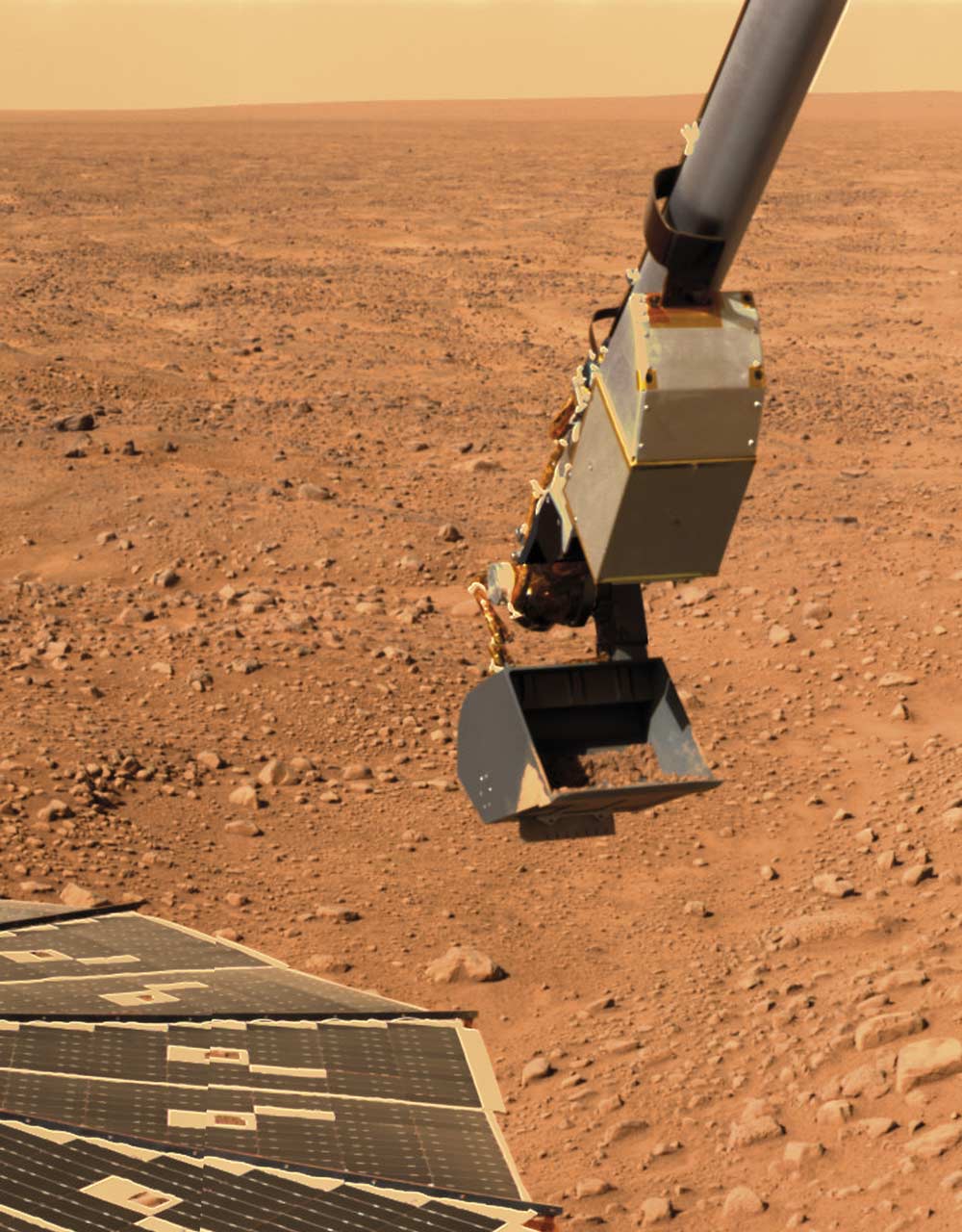 Phoenix Rises The Phoenix spacecraft made an unprecedented landing in the Martian polar region five years ago this week. Aptly named, Phoenix rose from the ashes of previously canceled or ill-fated missions. The lander itself was based on the Mars Surveyor 2001 spacecraft, which was canceled in 2000 but had been kept in clean storage since then. Other instruments on Phoenix were upgrades of equipment first built for the Mars Polar Lander, which presumably crashed on Mars in 1999. Phoenix landed at nearly 70° north latitude, in an area of Mars rich in subsurface water ice, which quickly sublimated (transformed to vapor) after being exposed by Phoenix’s robot arm. Seen here above Phoenix’s solar panel, its robotic arm delivers a soil sample to be analyzed by an onboard microscope.