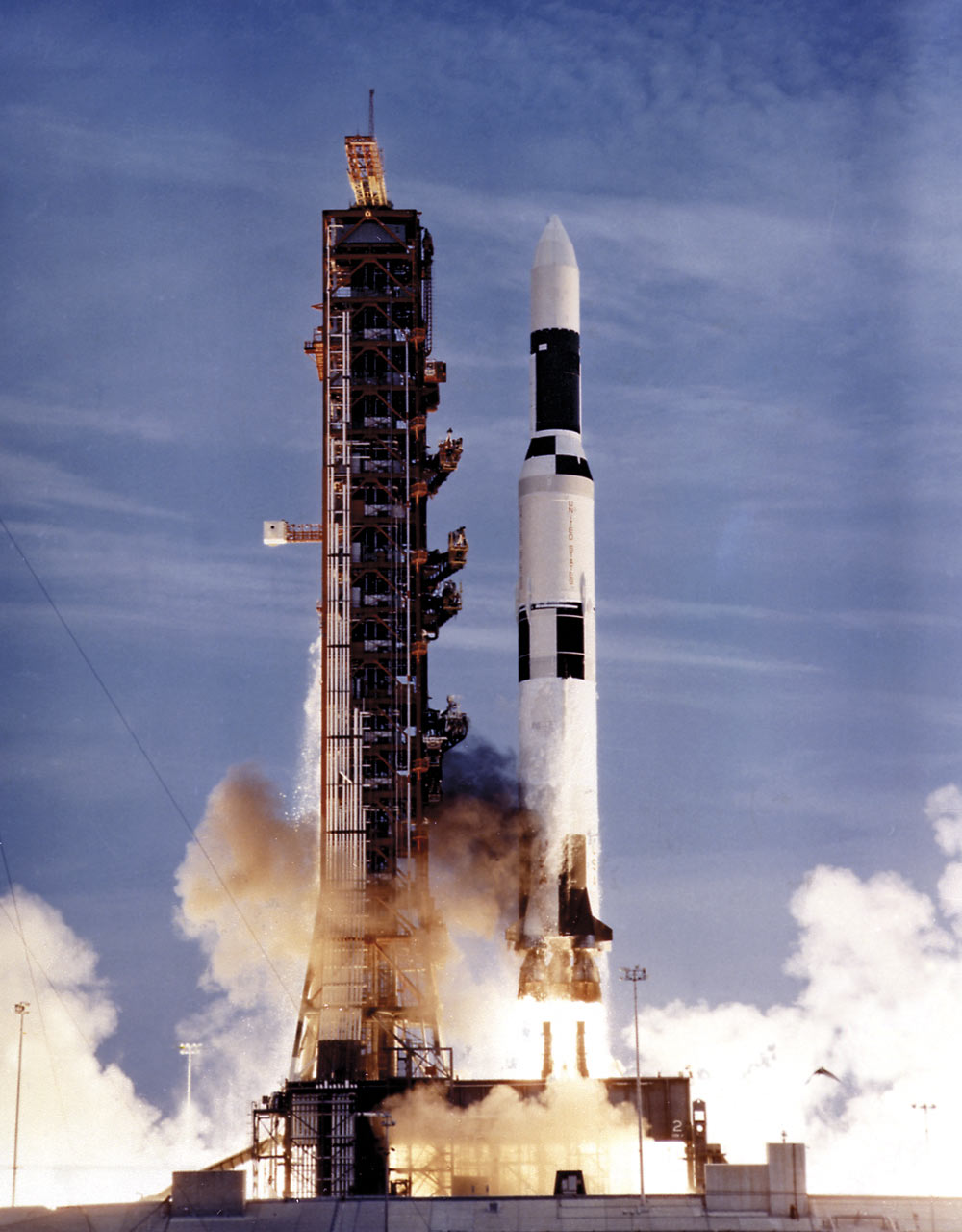 Recycled Moon Rocket At the end of the Apollo program, with three Saturn V Moon rockets left in its inventory, NASA converted the third stage of one of them into Skylab, America’s first space station. During its launch, forty years ago this week, the unmanned Skylab was severely damaged when turbulence caused a sun shield and a solar panel to tear loose. Another solar panel was unable to deploy. A week later, the first Skylab crew was launched, and over the course of several days they were able to deploy the remaining solar panel and install a makeshift sunshade, thus ensuring a useful life for the station, which was as large as a three-bedroom house. Astronauts Charles Conrad, Joseph Kerwin and Paul Weitz spent twenty-eight days onboard Skylab, doubling Gemini 7’s 1965 space endurance record.