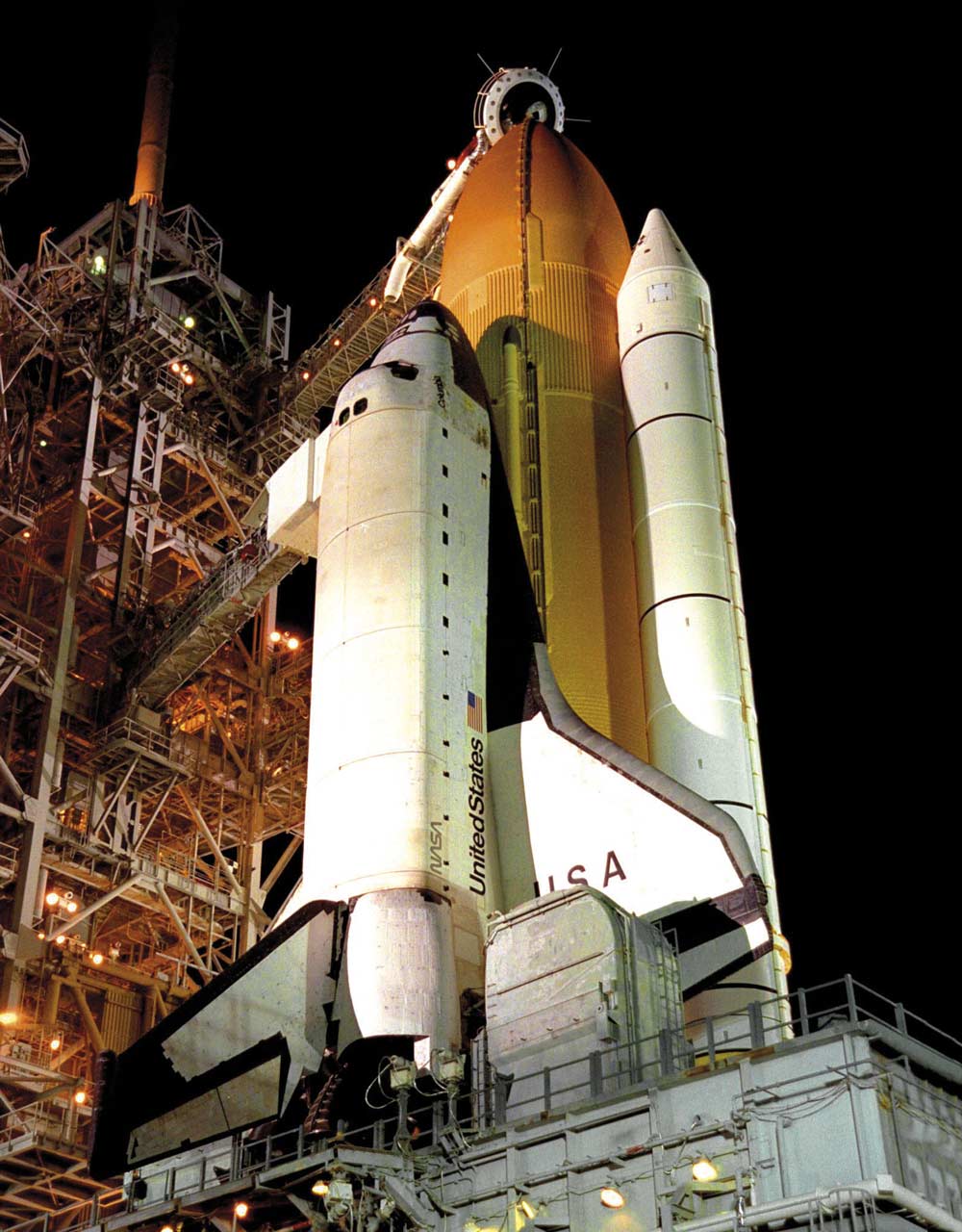 Calm Before the Storm The Space Shuttle Columbia is seen poised for launch just prior to the start of the STS-90 mission, which began fifteen years ago this week. The period of seeming calm was in stark contrast to the flurry of activity that ensued during the sixteen-day mission. The crew of seven astronauts spent most of their time in the Neurolab, a Spacelab module housed in the cargo bay that was specially outfitted for research into the human nervous system. The Neurolab studies included a total of twenty-six experiments involving not only the crew, but also crickets, fish, and rodents onboard Columbia. The crew conducted experiments relating to blood pressure, balance, coordination, and sleep patterns, all of which will benefit researchers who are studying illnesses that can affect these functions.

Mars in conjunction with Sun