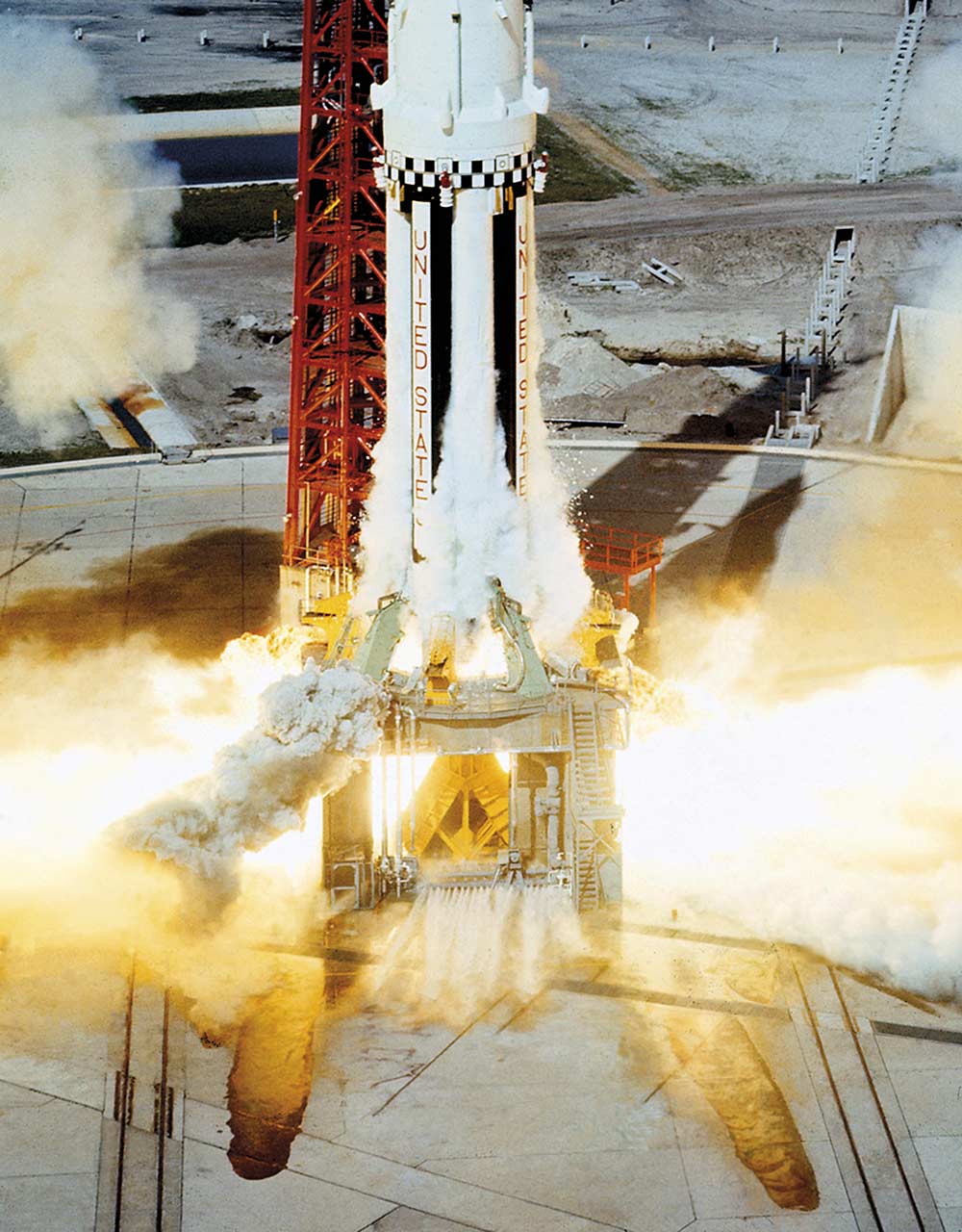 Smart Saturn Fifty years ago this week, this Saturn I rocket made a suborbital flight and proved it was smart enough to overcome a potentially catastrophic in-flight anomaly. The SA-4 mission was a milestone in the Apollo program because it was the final test of a single-stage Saturn launch vehicle. In addition, flight engineers put the first stage (seen here building up thrust on the launch pad prior to liftoff) through its most critical test to date, intentionally shutting down one of its eight engines one hundred seconds after launch to simulate an in-flight engine failure. The vehicle responded quickly, redirecting fuel to the remaining functioning engines and adjusting their burn time to make up for the lost thrust. Such an emergency procedure actually had to be employed during the Apollo 13 launch.