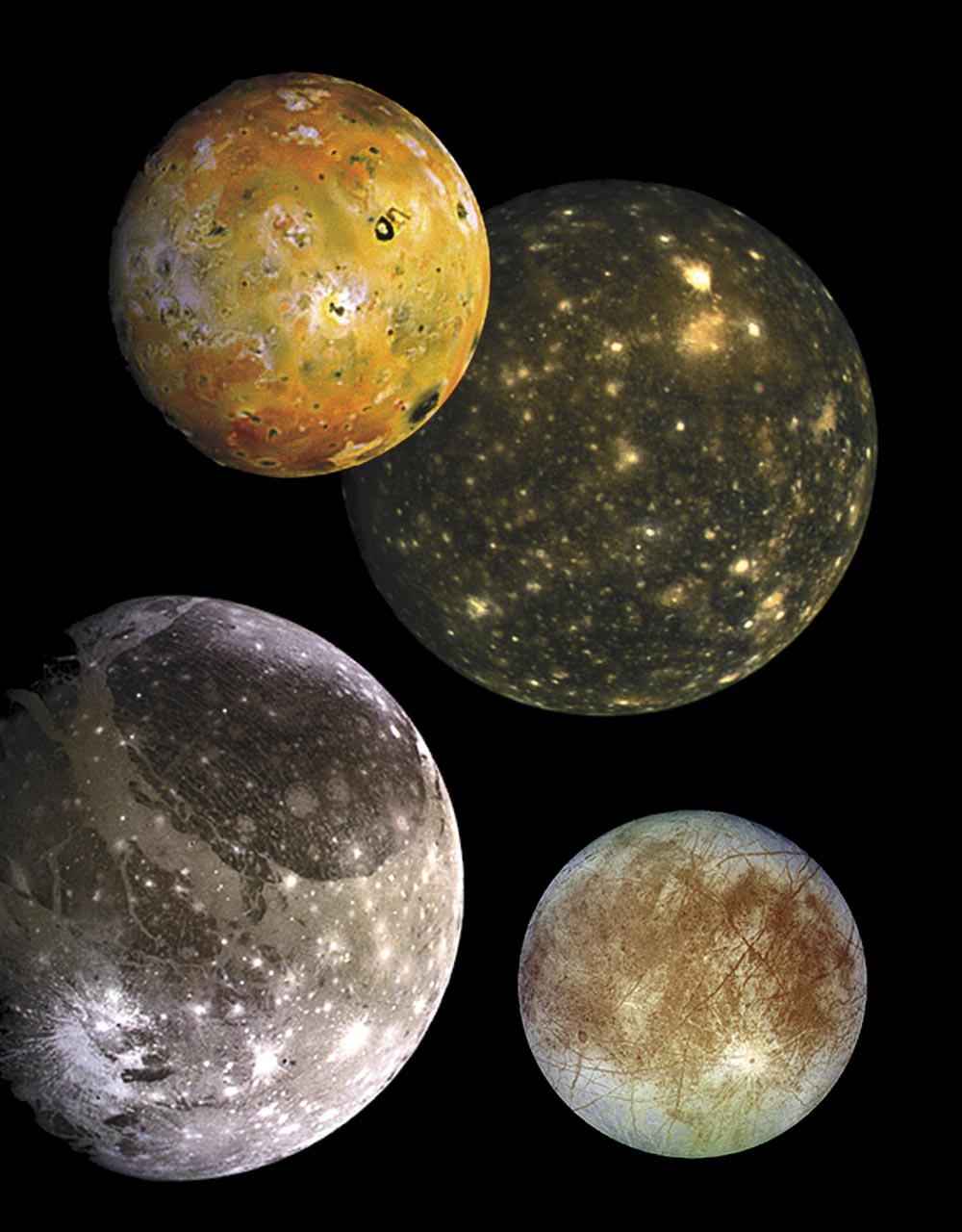 Simon Says In 1610, when Galileo first observed the four largest moons of Jupiter, he announced their discovery in his book Sidereus Nuncius (The Starry Messenger). In that book, he referred to them as the “Medician Stars” in honor of the family of Cosimo de’ Medici, the Grand Duke of Tuscany. About four years later, Simon Marius, a German astronomer born 440 years ago this week, suggested naming them after lovers of Zeus (the Greek equivalent of Jupiter). Since this was more than three centuries before the International Astronomical Union became the official arbiter of planet and satellite nomenclature, popular consensus carried much weight in these matters and Marius’s names stuck. Today we know these moons individually as (clockwise from top left) Io, Callisto, Europa, and Ganymede.