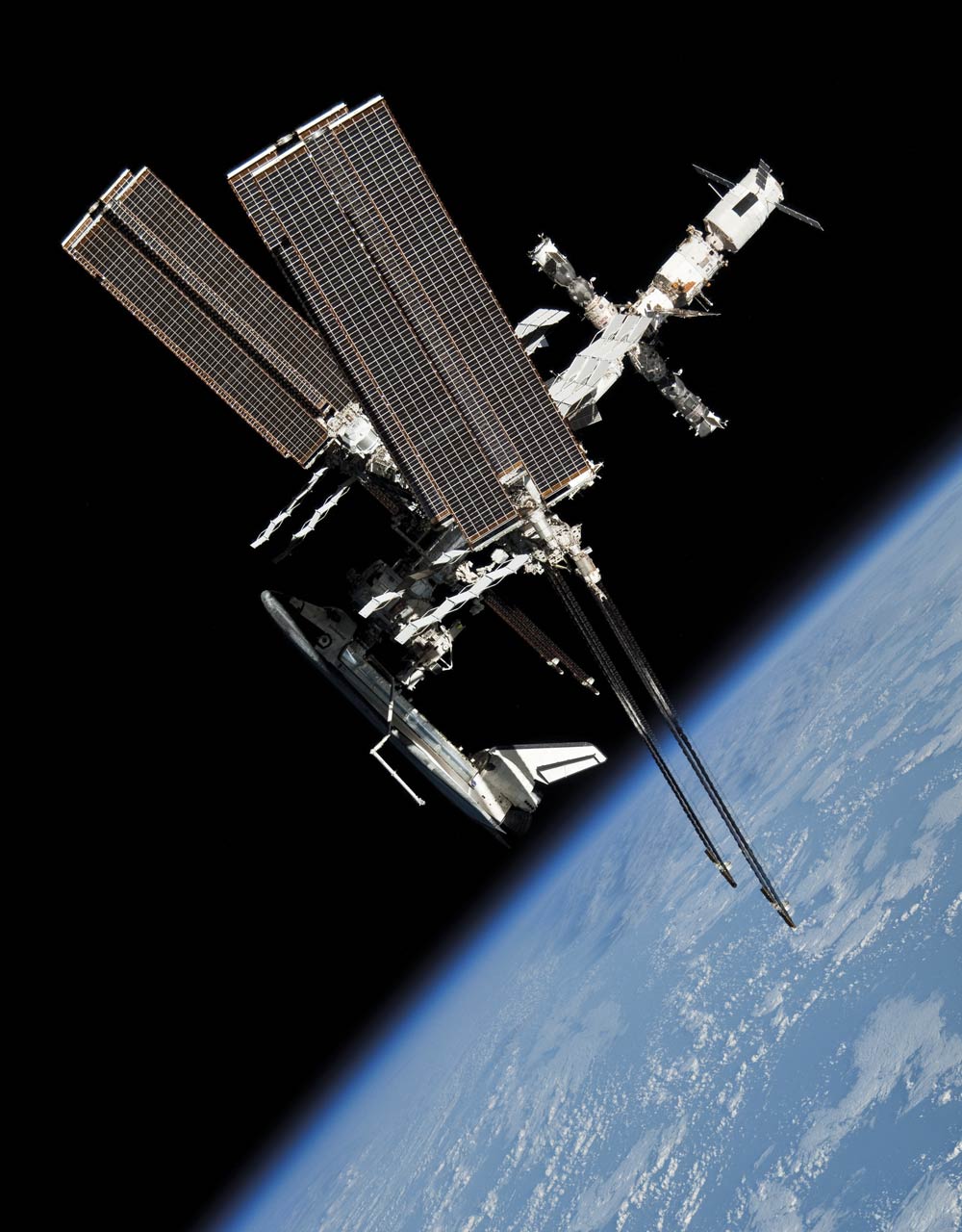 Orbital Parking Lot Thirty-five years ago this week, the Russian space program made history when the Soyuz 27 mission was launched. The two cosmonauts on board docked with the orbiting Salyut 6 space station, which was already being occupied by the two crew members of Soyuz 26. It was the first time three spacecraft had been joined together in orbit, and it was an important milestone on the road to a permanent presence in space. Earlier space stations could only be inhabited by one crew at a time, but this mission paved the way for several spacecraft to visit an orbiting space station simultaneously. Numerous space vehicles are docked at the International Space Station in this 2011 image, including the shuttle Endeavour, a Soyuz spaceship, a Progress resupply ship, and an Automated Transfer Vehicle.