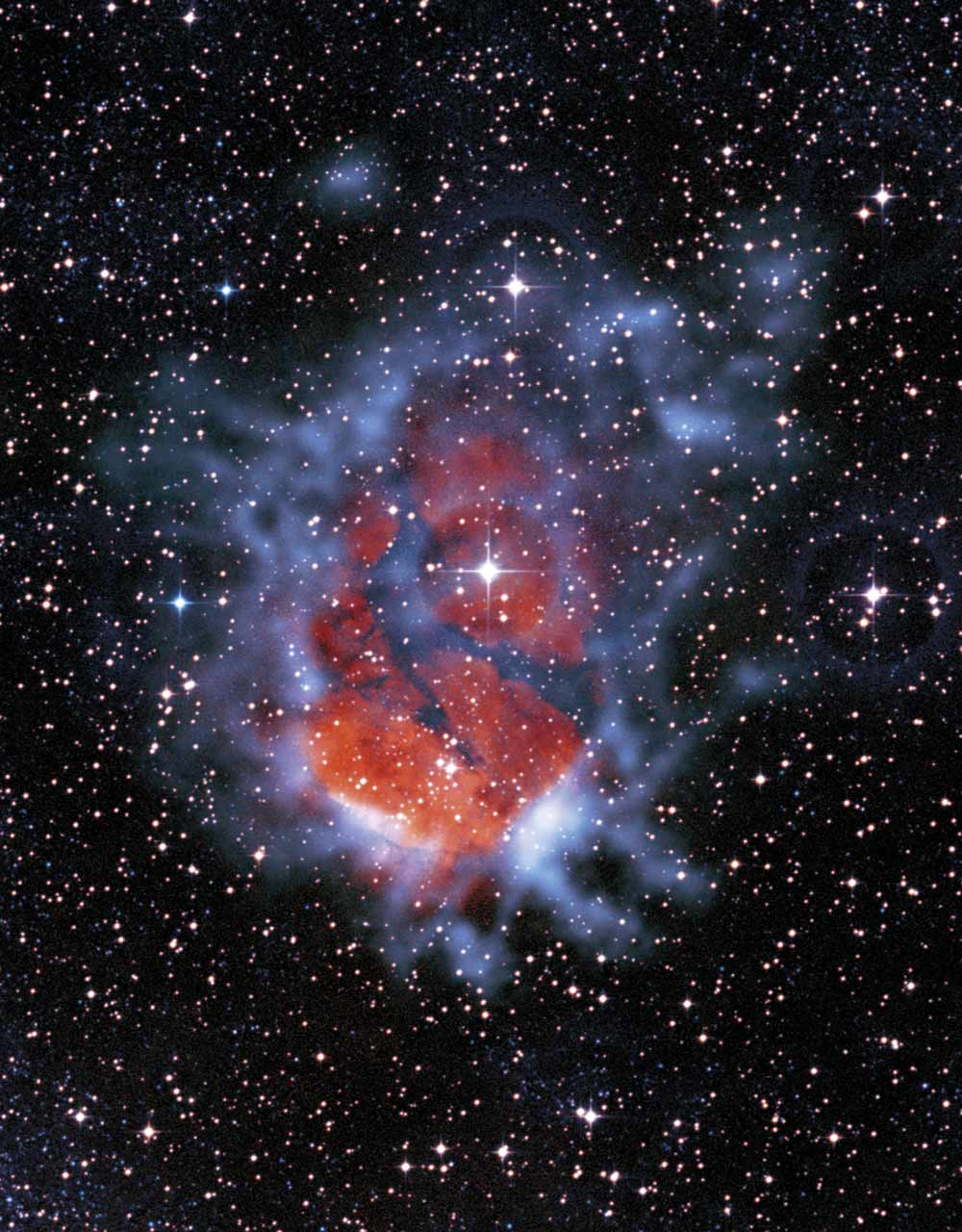 Chilling Image of Star Birth This haunting composite image of RCW120, a star-forming region in Scorpius, shows an expanding bubble of ionized gas about ten light-years across. The hot gas bubble is sweeping up the surrounding cold interstellar gas and cosmic dust, which collapses into dense clouds of hydrogen where new stars are born. At around -250˚ C (-400°F) these clouds are so cold their faint heat glow can only be seen at submillimeter wavelengths. Submillimeter light is therefore vital in studying the earliest stages of star birth. Here, the submillimeter emission, visible to the Atacama Pathfinder Experiment telescope, is shown as the blue clouds surrounding the reddish glow of the ionized gas. The image also contains data from the Second Generation Digitized Sky Survey (shown in blue and red).