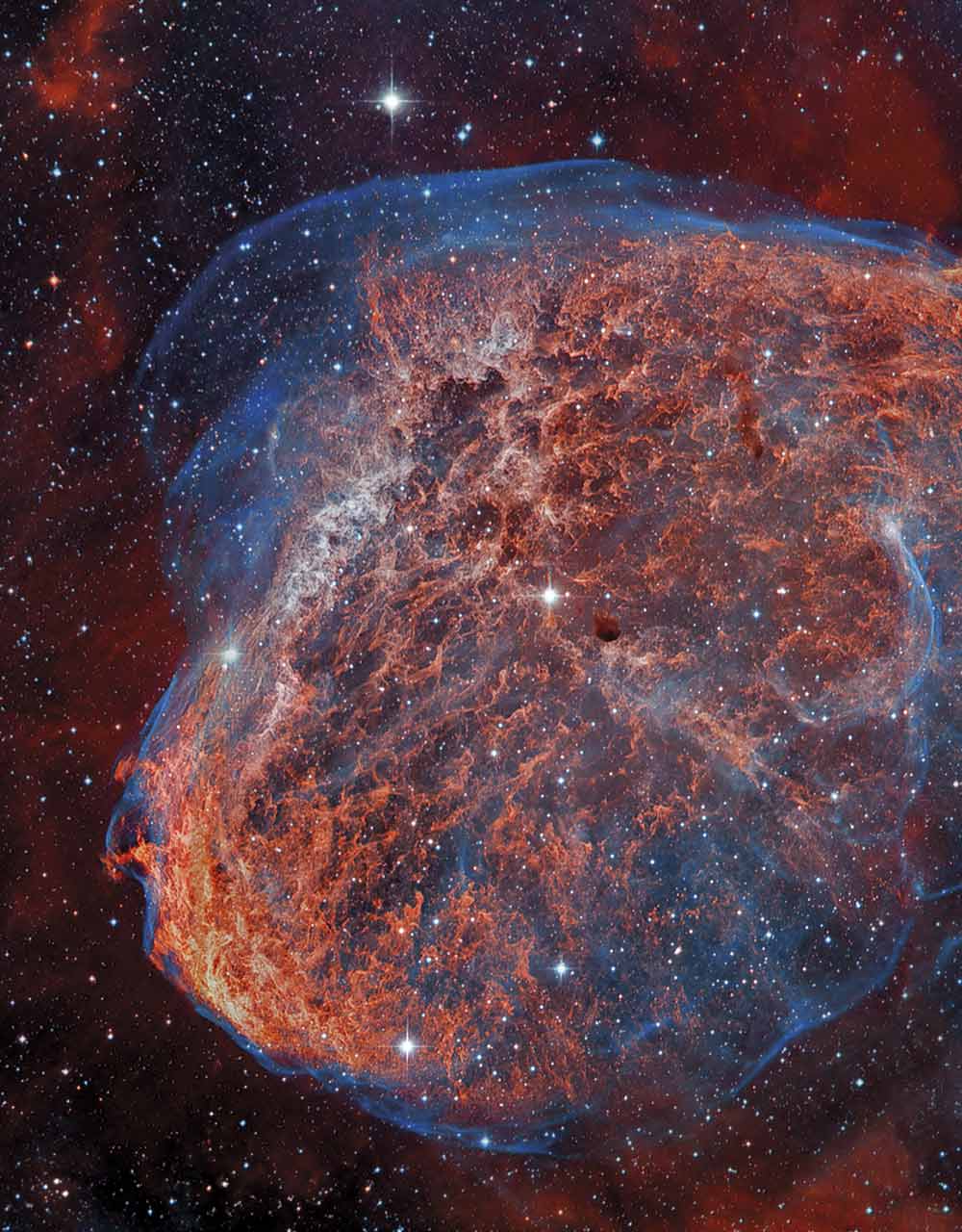 Nebula by Newton Isaac Newton, one of the most influential scientists of all time, was born 370 years ago this week. Newton conceived the physical and mathematical theories that put an end to any lingering belief in an Earth-centered universe. In addition to developing Newtonian physics, and co-developing calculus, Newton invented the first practical reflecting telescope, which used a curved mirror instead of a lens to collect light. All of the largest research telescopes—including Hubble—are variations on that original design. This image of the Crescent Nebula (NGC 6888) was taken with the 2.5-meter (100-inch) Isaac Newton Telescope (named in honor of Newton and, appropriately enough, a Newtonian reflector) located at the Roque de los Muchachos Observatory in the Canary Islands.