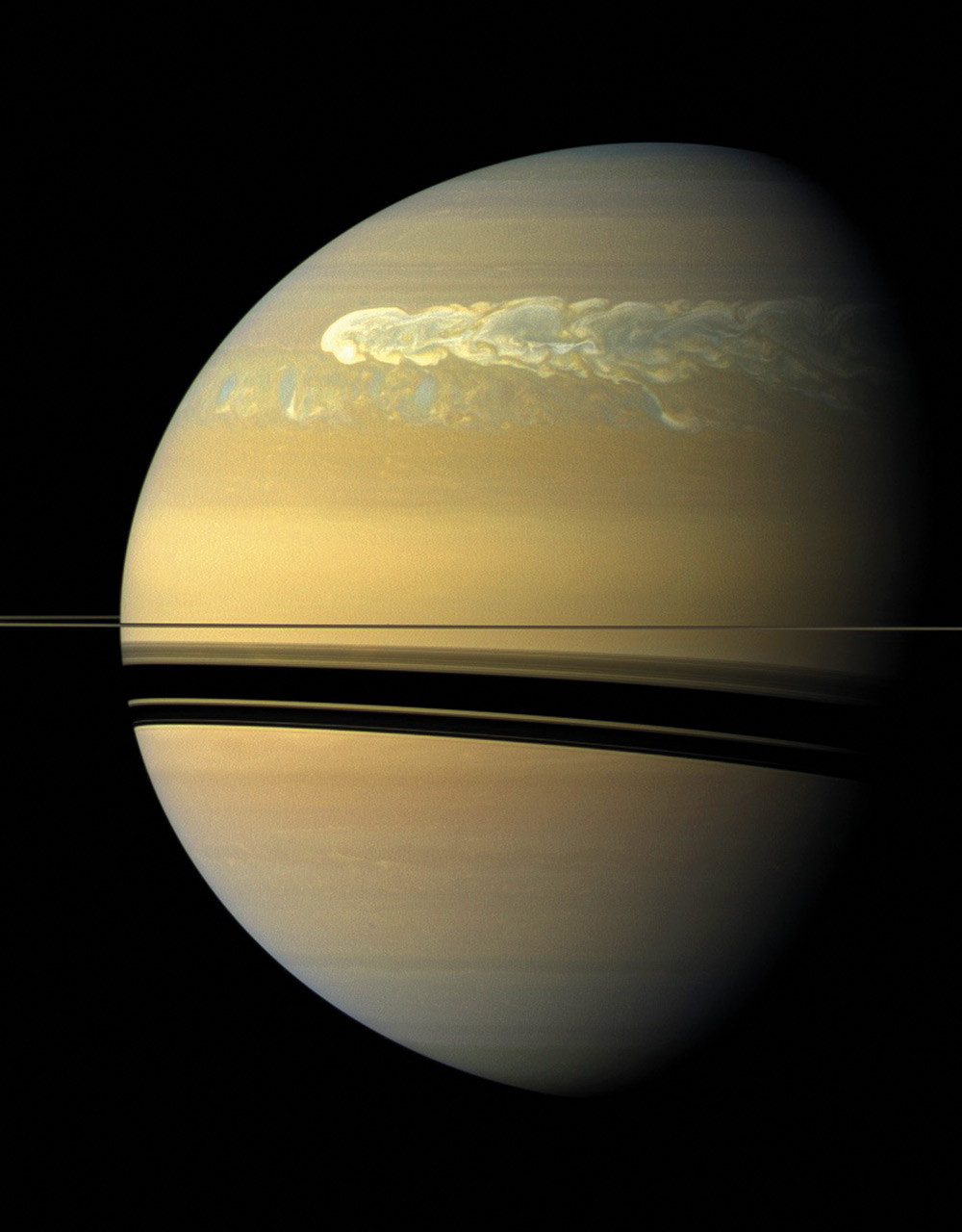 Interplanetary Weather Forecast The Cassini spacecraft began its remarkable mission to Saturn fifteen years ago this week. Following its launch, Cassini flew by Venus (twice), Earth, the Moon, the asteroid Masursky, and Jupiter, all the while gaining speed and refining its course for its final destination, Saturn, which it reached in July 2004. The spacecraft, named for the astronomer who discovered four of Saturn’s moons as well as the largest gap in its ring system, has spent the intervening years thoroughly investigating Saturn, its myriad moons, and its intricate ring system. Because it is a relatively permanent observer of Saturn now, Cassini is always in a prime spot to report back on notable weather disturbances, like this storm system that wrapped itself around the planet in early 2011.