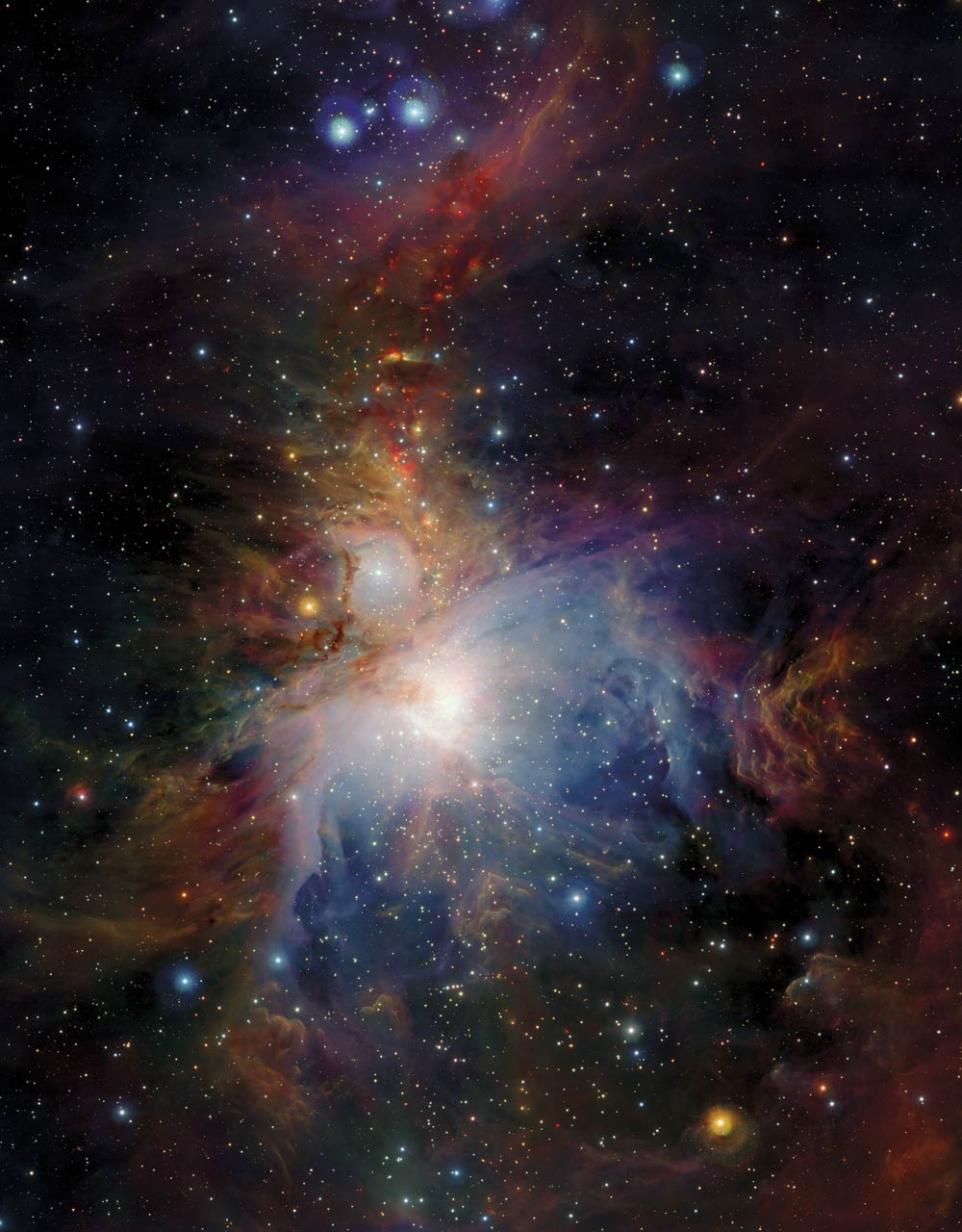 ESO Golden Anniversary This week marks the fiftieth anniversary of one of the world’s leading astronomical research institutions, the European Southern Observatory, whose member nations include Austria, Belgium, Brazil, the Czech Republic, Denmark, Finland, France, Germany, Italy, the Netherlands, Portugal, Spain, Sweden, Switzerland, and the United Kingdom. ESO operates some of the world’s largest and most advanced observational facilities at three sites in northern Chile: La Silla, Paranal, and Chajnantor. This wide-field view of the Orion Nebula, lying about 1,350 light-years away, was taken with the 4.1-meter (161-inch) VISTA infrared telescope at ESO’s Paranal Observatory. VISTA’s huge field of view captures the whole nebula and its surroundings in a single frame.