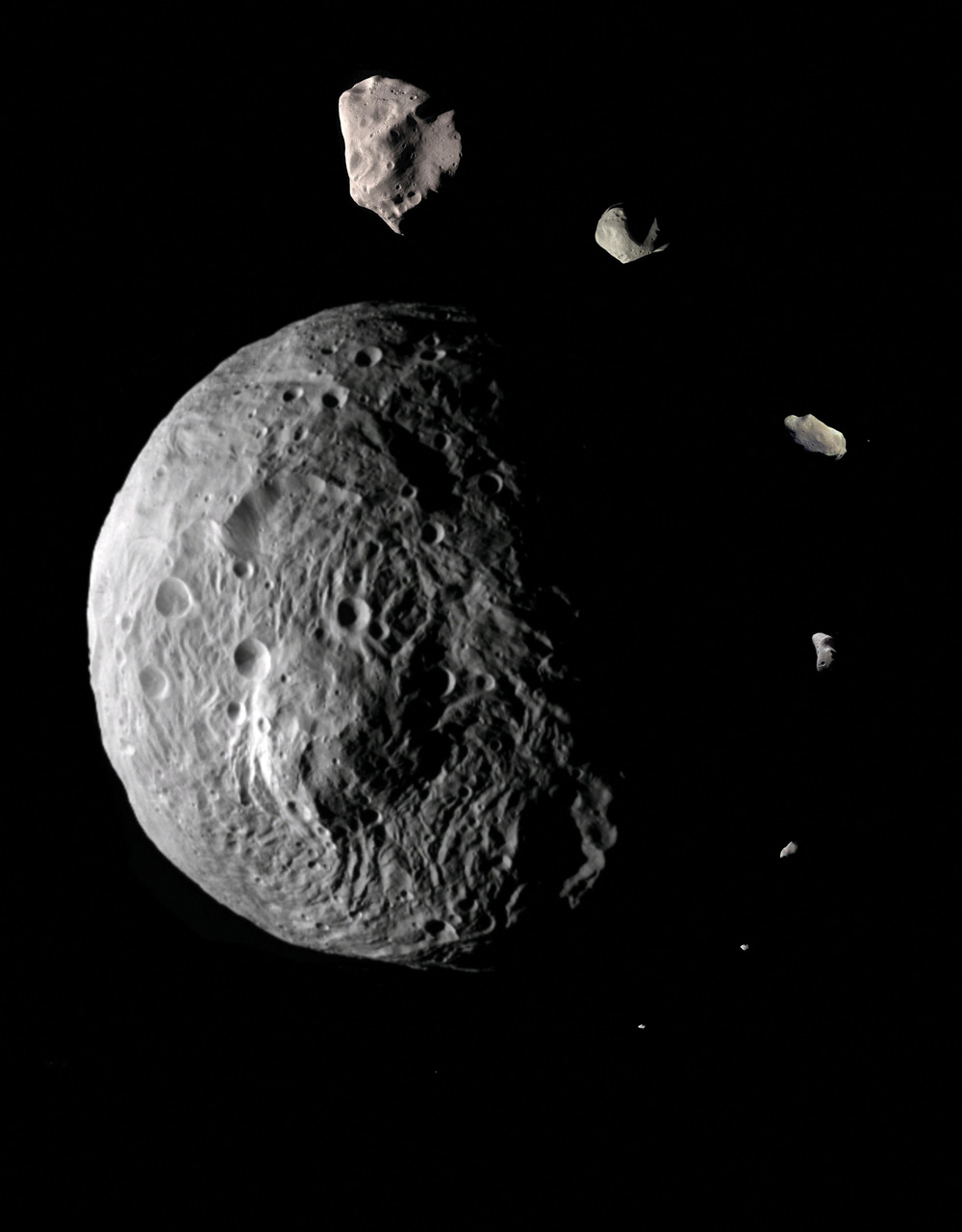 Now That’s an Asteroid Launched five years ago this week, the Dawn spacecraft became the first spacecraft ever to orbit a main belt asteroid. With a novel ion propulsion system, Dawn charted a course through the inner solar system that had it swing by Mars for a gravity boost, with its arrival at Vesta occurring on July 16, 2011. In this composite image, Vesta (center), as seen by Dawn upon arrival, is shown to scale with the other asteroids that have so far been visited by spacecraft. Clockwise from top: Lutetia, Mathilde, Ida/Dactyl, Eros, Gaspra, Šteins, Annefrank, and (barely visible) Itokawa. After about a year orbiting Vesta, one of the three largest asteroids in the solar system, Dawn is scheduled to make more headlines by packing up and heading for the asteroid Ceres, which is twice the size of Vesta.