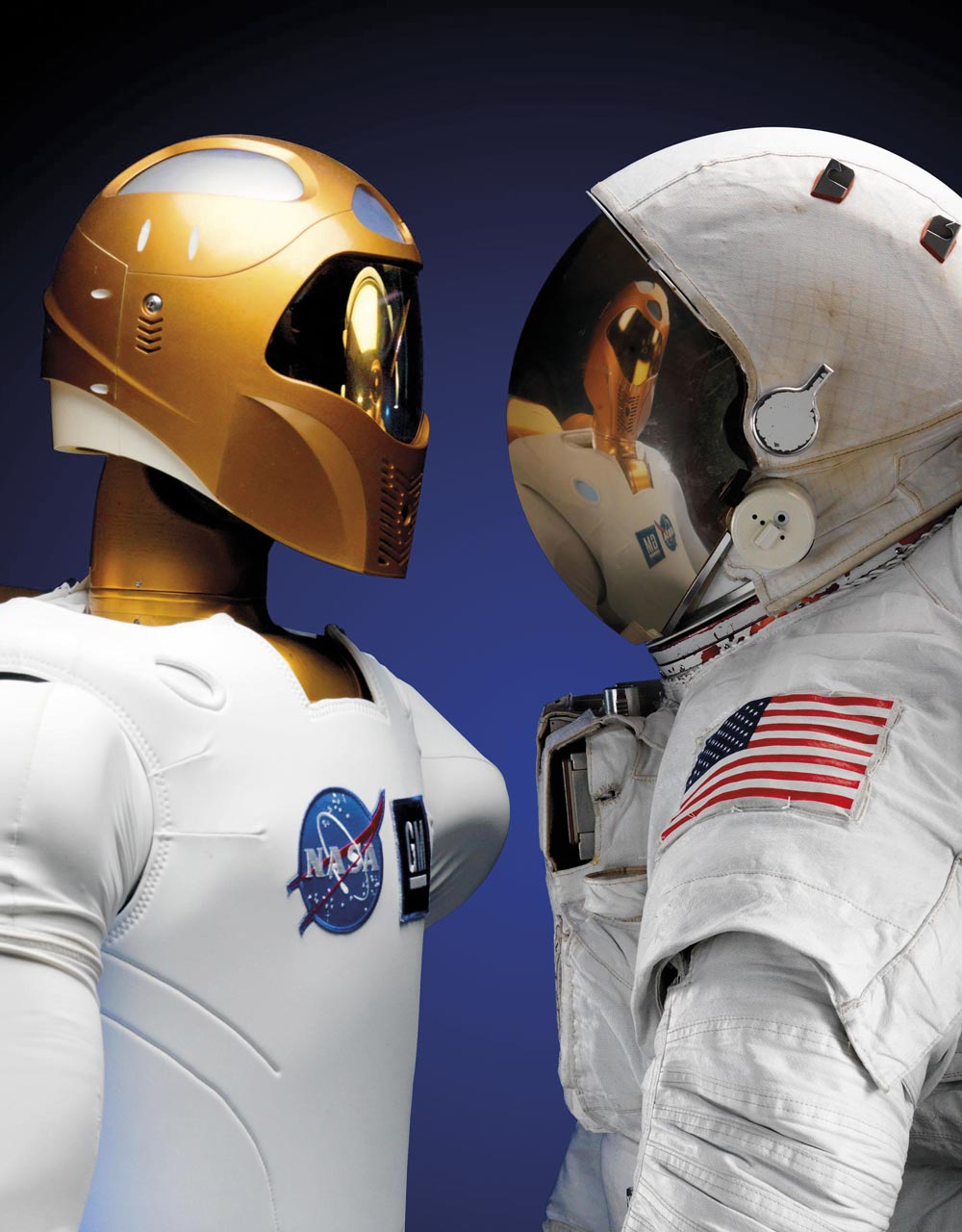 Meet George Jetson Can it really be fifty years this week since we were first introduced to that futuristic fumbler, George Jetson? The new fall television lineup for 1962 included the cartoon chronicles of the Jetson family: George and his wife, Jane; their children, Judy and Elroy; Astro the dog; and their robot housemaid, Rosie. When he wasn’t stuck running on his new-fangled treadmill, George was gainfully employed at Spacely Space Sprockets, a huge manufacturing concern that produced the vital though vague components essential for a healthy cartoon space economy of the future. Many of the technological advances enjoyed by the Jetsons have become realities, including video conferencing, automatic vacuum cleaners, flat panel displays, and robot helpers like NASA’s Robonaut 2, seen here.