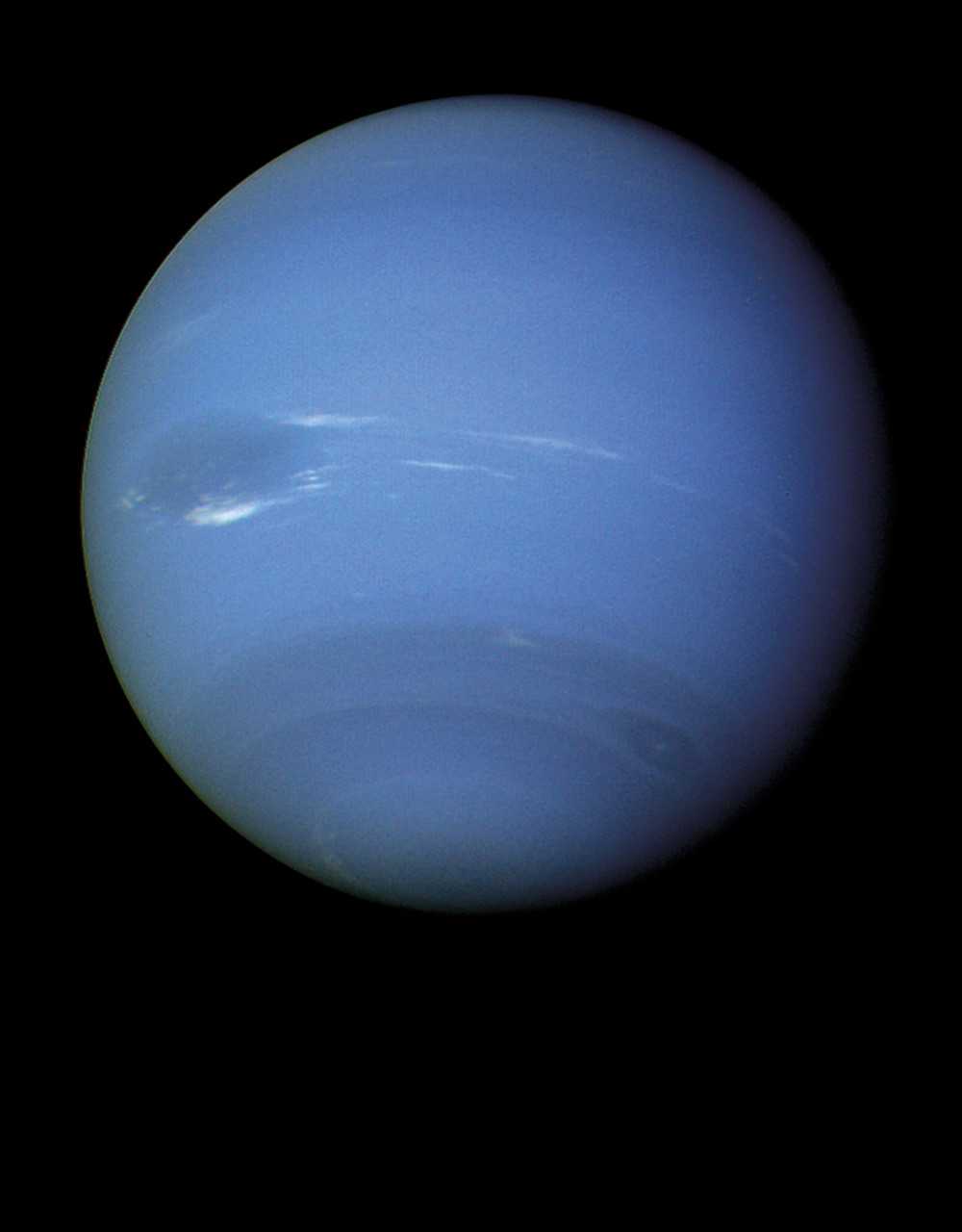 Seasoned Tourist Taking advantage of a unique alignment of planets that occurs only once every 176 years, NASA began a “grand tour” of the solar system thirty-five years ago this week with the launch of Voyager 2, followed two weeks later by Voyager 1. The planetary alignment allowed Voyager 2 to be accelerated by Jupiter’s gravity and redirected toward Saturn, whose gravity helped send it to Uranus, where it was given a third gravity assist to Neptune and beyond. This remarkable maneuver turned what would normally be a thirty-year flight into a relatively quick twelve-year jaunt. Voyager 2, now 14 billion kilometers (9 billion miles) from Earth, still sends back data from near the boundary of interstellar space. This 1989 image shows Neptune, Voyager 2’s final port of call in the solar system.